Greetings, no, this is not a figment of your imagination….you really are receiving an issue of “Have you Heard”.   Please allow me to thank so many of you who have written, e–mailed and phoned with your concerns with regards to no issues going out. Let me assure you that there is nothing wrong, other than a series of mishaps with the computer system, the purchase of a VERY defective unit (which had to be returned) from Dell and then the matter of re–formatting and installing all the necessary items into the system I am on now.   All things considered, I’ve weathered the storm as well as could be expected.

The grand–baby is doing well and growing at an incredible rate. Can’t remember my own children growing that quickly but I guess my memory is not what it once was.

My dad will be having a surgical procedure this Friday morning and although it is expected to be done on an out patient basis, at his age and with some pre–existing medical conditions, I am a little concerned. Hopefully all will go well and I’ll be able to tell you next week that it all went through with flying colors.

Until next time….keep a dream in the making for you create your tomorrows by what you dream today.

Beverly, Mass. — For the 33rd consecutive summer, “Le Grand David and his own Spectacular Magic Company” will be performing its unique blend of classic stage magic and variety entertainment. There are shows every Sunday (except June 14) at the Cabot St. Cinema Theatre, now through July 12. Curtain time is 3:00 p.m.

Now in its fourth decade
Nothing quite like it may ever happen again.

Ticket prices are $24 for adults and $14 for children 11–years–old and under.For complete information on all “Le Grand David” performances call the box office at (978) 927–3677 or go online to www.legranddavid.com

Good news for those driving to the I.B.M. Convention in Nashville and staying at the Opryland Resort & Convention Center. We have successfully negotiated a reduced fee for parking at the hotel. It has been reduce from $18 to $12.

We have confirmed the Order of Merlin Breakfast at the Nashville I.B.M. Convention.It will be held Saturday, July 4th in the Tennessee A–B Ballrooms at the Opryland Convention Center and Resort at 8:00 AM.This year’s featured speaker will be none other than Rich Bloch.The cost will remain the same as last year at $20.00.We have a special web site that will be allow you to register and pay for the event.If you are bringing your spouse or guest, please put their name in the comment section of the form.Register at https://www.magician.org/portal/ibmccprocess_convention.

This year we are having a Grande Banquet that will include an exclusive show with dinner.The show will only be open to those attending the banquet.It will be held on Wednesday July 1st in the Presidential Ballroom D.The banquet will be a full evening starting with a cocktail hour, a great dinner and a full show starring Charlie Frye & Co.Only banquet attendees will get to see this show.All this for only $45.00 per person – dinner and a very special show, what a deal!Since you have already registered for the convention, you can go to https://www.magician.org/portal/ibmccprocess_convention to sign up for the Grande Banquet.

We also want you to know that we have booked quick change artists, David and Dania to perform on our evening shows.In addition to their performance, they have offered, as a “Special Extra Event”, to hold a “tell all” workshop on the “Art of Quick Change”.The workshop will be held at 11:00 PM on July 3rd.The workshop will be limited to 75 people and you are the first to have a chance to register.The cost is $150 in advance and $200 at the convention.To register for the great David and Dania workshop go to https://www.magician.org/portal/ibmccprocess_convention to register.

If you have friends that are not attending the convention and would like to see the evening shows on Thursday, Friday and Saturday, July 2–4, 2009, you now have a chance to purchase extra show tickets to these shows.They can be seated with you if the same seats for all three evening shows are purchasedGo to https://www.magician.org/portal/ibmccprocess_conventionto purchase those extra show tickets.$20 for Adults and $10 for Children under 12.

Don’t delay!Get your reservations for all these great events now!

See you in Nashville!

Use theyou save to treat yourself to a new magic trick from one of the outstanding dealersthe convention.

You can print a mail–in form or register on our secure website at https://www.taom2009.com/reg.htm  If you would likereceive a registration form by mail, call 362–972–3430.

The wedding bells have been ringing for Kevin & Claudia James, the newest Mr. & Mrs’ of the magic world. Congratulations to you both and may you have a long and happy life together. 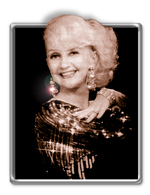 The magic world is so much poorer as of late with the passing of two gentle souls of magic. Gentle, kind, generous, dedicated members of the magic world, we are all the richer for having had the opportunity to meet them, blessed for having shared special moments with them. May they rest in peace.

John continues to improve daily with Tammy, lovingly, by his side. Ray and Ann Goulet have had Tammy as their house guest. They travel together to the rehab center daily to be with John as he recuperates. Our love goes out to them and we wish a speedy recovery to John.

Word from Marty is that Carolyn is now in full hospice and she is now suffering lapses of not recognizing him or their children. Our thoughts and prayers are with the Bristow family as we continue to keep an eye on her condition. Marty is also now experiencing some health issues and we will keep an eye on those as well.

Dear Fellow Magician,
My mom who is 87 had a fall on Memorial Day and broke her right shoulder, left foot and other bang–ups! She is in good spirits but I am sure would appreciate visitors! If you are in the area and would like to drop in to cheer her up she isat :
Jean Van Ness Life Care Center
4300 Rock Island Road
Lauderhill, Florida 33319
954–485–6144
Life Care is on Rock Island between Oakland Park and Commercial.
Thank you so Much!
David Van Ness ( David J.)