Greetings, I try hard not to put out emails mid-week so as not to fill your in boxes, especially during this time of year when most are celebrating with their families, however, one of our own, Paul Sponaugle, has suffered a devastating loss in his family and since it was covered in this week’s “Have you heard?”, I have an update to send you and a special request — please, if you can help in any way, do so.  The niece and her husband have two little girls ages 4 and 6 who lost a father in the accident and whose mother (Paul’s niece) will be incapacitated and in the hospital for months to come and still faces multiple surgeries with an uncertain future.   Here is information from Paul:

My niece (my sister’s only daughter) was in a horrific automobile accident on Christmas Eve.  I found out about it on Christmas day just at about noon.  Her husband was killed instantly and Trina was near death.  She has gone through about 24 hours of surgery in multiple surgeries since Christmas Eve to stabilize her.  At present, she has had to have vertebrae C4 & 5 fused together and is in a “halo” for about 2 months to see if additional healing will occur.

Here is the obituary for Paul Haxton (the husband and absolutely a great and wonderful guy):
http://www.torbertfuneral.com/sitemaker/sites/torber0/obit.cgi?user=296642Haxton

Here is a link to where you can make a donation — any amount will help
http://thehaxtonfamily.chipin.com/the-haxton-family 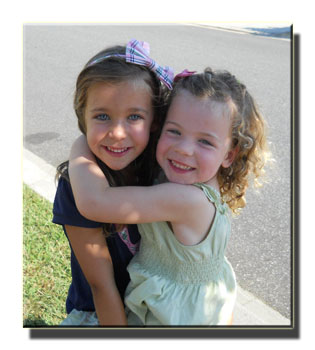 “Trina was a stay-at-home mom and Paul was their only means of support.  With Trina in the hospital for the next several months and Paul (her husband) gone, the kids won’t really have parents for a while.  My sister will probably have to take them in and, though my sister still works, she will have to make a lot of changes.  Luckily, my sister’s husband is recently retired so he should be able to help.

Paul was a GREAT guy.  He would travel once a week about 40 miles to my parents home to do house-hold chores for my dad and mom.  They are both 87 years old and still living at home.  For no other reason than to be a great guy he would take a day of his week and visit with them and eat dinner with them and take care of anything that needed to be done.  This is the kind of guy Paul Haxton was.  It is so tragic.

Sadly, from the news reports, it appears that neither Paul nor Trina were wearing their seat belts.   I can’t confirm whether they were regular wearers of belts or not, but it is such a tragic mistake.  In talking to my siblings, no one seemed to be aware that they eschewed wearing seat belts.  So, it is  one mystery that may never be solved.  Both  of the children were in their car seats and came out of it with only minor bruising.  Paul Haxton’s father went out to the crash site on Christmas Day to find the garage door opener from the accident site so that he could get into Paul & Trina’s house and get Christmas Presents for the little girls so that Santa could still visit them at the “other house”.

You can find a link to the obituary and a newspaper report concerning the accident below.    Also is an update on my niece’s condition.  We still don’t know what her long term prognosis is…. whether there will be continuing paralysis, and whether she will have other complications.  The INCREDIBLE part of the whole story is that the wreck occurred near a farm house where a MED TECH was visiting his father.  They called 911 (I assume) and the Med Tech found my niece not breathing and lifeless.  He applied CPR until help arrived.  It probably saved her life.   The downside from the report that I have been given is the inability to do as much repair on the spine as the doctors had hoped and the fact that they reported that they are considering putting a stint in to open a vein/artery that has been damaged, leading to the brain.  Though not spoken of, I’m worried about the possibility of brain damage.”