Greetings, hope your day, wherever you are, is as beautiful as it is here in Miami on this bright and sunny day.

Jay made it back to Miami from Minnesota past midnight on Thursday after having had several flight changes, forced check-in of bags and having to fly standby even though he had a paid flight.  Thank goodness Orlando was home with us because it was tension all the way with whether to drive to Ft. Lauderdale to pick him up, then he was flying to Miami and maybe he wasn’t.  What a night!  Now Orlando is packing and although it is part of his job, it is never easy to see him go.  He’ll be back in a week to 10 days but after having him home, his leaving is harder each time he leaves.

Getting ready and putting everything in place to attend ABRAKADABRA 2011 in Mexico in less than a month. Highly recommend you attend this convention when you can.  This year it will be held at the Hilton Hotel and having advance notice of the talent that has been booked, I can promise you it will be top talent.  This will be a convention not to miss!

Next week for Magic in Miami – JAY SANKEY LECTURE

Was it a coincidence that “The Great Simpsini” episode of the Simpsons aired on the same night as the Academy of Magical Arts (The Magic Castle) had their awards show at the Avalon Theater in Hollywood?  I think NOT!

Here is some inside information on the awards and show from last night as posted on The Magic Castle’s Facebook page:

A tribute was made to those we lost over the past year which included the following: 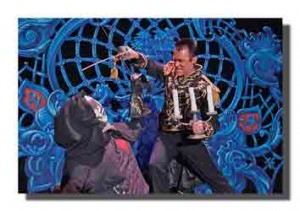 HOLLYWOOD—Illusion/magic is a theatrical art form as old as the Egyptian Pharaohs and a staple in American entertainment as early as Vaudeville. On April 10, Johnathan Levit (VH1’s magic reality series “Celebracadabra”) will host the 43rd annual Academy of Magical Arts Awards. To thousands of Academy member magicians in over two dozen countries around the world these are the Oscars® or Tonys® of the illusion world. 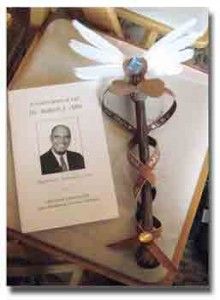 Dr. Robert Albo blessed so many lives- with grace, humor, and a sense of real magic.  His passion for the magical arts began on his 9th birthday when he received a Mysto Magic set. Bob delighted his family and schoolmates with this new ‘bag of tricks’, which inspired him to learn more about conjuring from books at the local public library in Berkeley, California. When Bob was 14, his father took him across the bay to Tom Dethlefson’s Golden Gate Magic Studio in San Francisco. 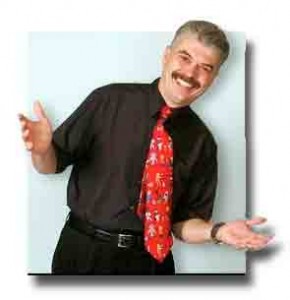 Wherever BJ Hickman goes, a sense of wonder seems to follow. The reason isn’t only that the longtime Dover resident and Manchester native has been a magician most of his 57 years. It’s also in the spirit and enthusiasm he conveys for life and its surprises, the manner in which he embraces and shares the lightheartedness and joy to be found in any given day if we really look for it, and the effort that he makes along the way, via his personality and talent, to ease the journey of even strangers who find comfort in what he does. 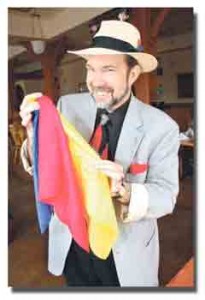 Magician Star Alexander uses close-up magic as
both a motivational tool and an educational experience
in his work as an “edu-tainer.” (Photo by DAVID GUNTER)

SANDPOINT, IDAHO  — At the tender age of 8, Star Alexander made a solemn announcement in the presence of his family. 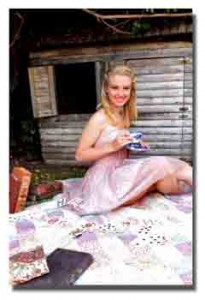 [Left – “Make Believe,” featuring UCLA student Krystyn Lambert, will be showing at the Majestic Crest Theater in Westwood on Saturday.]

For her 10th birthday, second-year philosophy student Krystyn Lambert visited the Magic Castle in Hollywood, an exclusive venue for magicians. She was fascinated by the Victorian-style castle and its portraits with moving eyes, hidden trapdoors and piano-playing ghost. 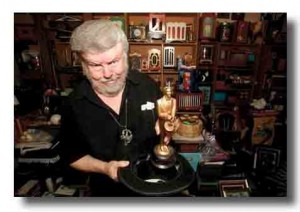 Local magician, magic collector and magic club founder Gary Darwin is back in action. He just had a leg amputated, but the guy’s in characteristically good spirits. On the plus side, he jokes, he’s lost weight, and after he gets fitted with a new prosthetic, he’ll have one hell of a place to hide the proverbial rabbit. 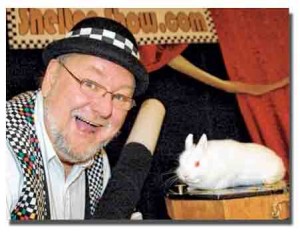 Not a lot of childhood birthday parties are etched in Gary Shelton’s memory, except for once when his mother Shirley sets up a circus theme in the family’s back yard. “I held onto that. That was a memory,” said Shelton, who now makes his living trying to create special-occasion memories as a magician and clown.

Also appearing will be:

This is a fantastic convention right on the ocean in beautiful Daytona Beach,Florida.

If you have not attended in the past you will want to start….this year would be a good time to do so. 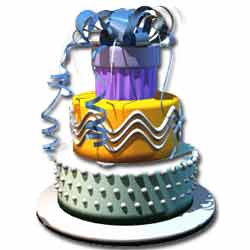