Greetings, it is a beautiful day here in South Florida.  The week was a busy one with work and with the comings and goings of our son, Orlando, who was here, had to go up to Jacksonville on business, received a phone call and had to rush out to Ft Myers for two days, drove to Miami to spend the night, back up to Jacksonville for one night and then back to Miami the following morning. Is it any wonder he is having back pains today? 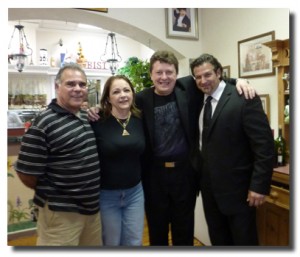 Work on Thursday prevented us from attending the lecture by Henry Evans and although we had seen it just a couple of weeks back while in Guatemala, I would have loved to have seen it again.  He is a great performer and a charismatic person and great lecturer.  We were fortunate to spend Saturday with him and enjoying a bistro lunch. 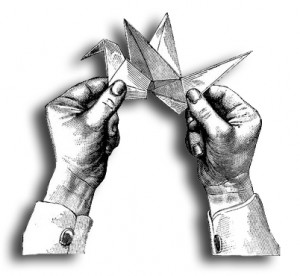 Next week Magic City Conjurers and S.A.M. Assembly 280 bring you:

A very special lecture by the one and only JAY SANKEY

Who is Jay Sankey?

Jay Sankey is a magician and creator of magic effects. He has been an active stage performer since the mid-1980s  David Copperfield performed Sankey’s trick “Airtight.” Sankey also develops tricks for Criss Angel

He is also known as a stand-up comedian and authored a book about the art of stand-up, Zen and the Art of Stand-Up Comedy in 1999. However, he is best known for the many magical effects which he has published to help magicians develop their craft. His most well known works include his “Revolutionary Coin Magic” and “Revolutionary Card Magic” DVDs.

In 2007 Jay won 3rd place in The Magic Woods Awards for Best Book: for the book Beyond Secrets. He has authored numerous books on comedy and magic (see below) and has produced/appeared in numerous instructional videos intended for magicians and other stage performers.

In 2009, Sankey announced that Andi Gladwin and Joshua Jay were in the process of writing his complete works in a trilogy of books.

Jay Sankey is a true magician’s magician and is widely considered to be one of the most original thinkers and finest magic teachers alive today.  He is also one of the most prolific magic creators on the planet. While many of his especially creative contemporaries have a few dozen original routines to their credit, at last count Jay has created well over 700 original magic effects.

What others say about Jay Sankey 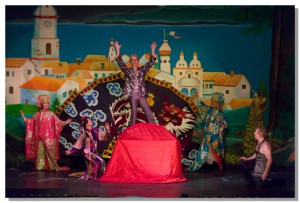 Appearances can be surprising. Le Grand David (center) along with the
Spectacular Magic Company will be performing both of their
stage magic productions at their two theatres in Beverly through June 26.

Beverly, Mass. — From May 1 through June 26 Marco the Magi’s production of “Le Grand David and his own Spectacular Magic Company” will be performed every Sunday (except May 8 and June 5) at the Cabot St. Cinema Theatre (286 Cabot Street). Curtain time is 3:00 p.m. The performance on June 26 will complete Le Grand David’s 35th season.

And at the historic Larcom Theatre (13 Wallis Street), there will be a performance of “An Anthology of Stage Magic” on Thursday, May 26. Curtain time is7:30 p.m. “An Anthology of Stage Magic” is a completely different production of classic stage illusion and variety entertainment starring award-winning magician Le Grand David and the Spectacular Magic Company. The Larcom Theatre first opened in 1912.

Now in its 4th decade
Two Different Shows — Two Vintage Theatres
Nothing quite like it may ever happen again.

Ticket prices for either show are $26 for adults and $15 for children 11-years-old and younger.  For complete information on all “Le Grand David” performances call the box office at (978) 927-3677 or go online to

As an important member in your local magic organization, we’re hoping you can help us by forwarding this message to others, or printing it out and distributing it at a meeting. Thank you, in advance, for your assistance. Here is the message: 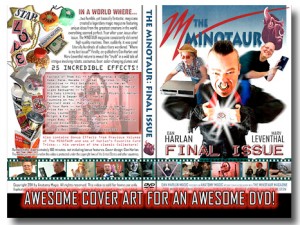 Hello and Thank You for taking the time to read this important message from Dan Harlan. Years ago, Marv Leventhal and I published a magic magazine called THE MINOTAUR. Unfortunately, as sometimes happens, we ceased publication without completing the final issue. Recently, we have released “The Minotaur: Final Issue 2-Disc DVD Set” and we are attempting to contact our previous subscribers who are due to receive Volume 8, Number 4 to verify their addresses and fulfill our subscription obligations to them.

PREVIOUS SUBSCRIBERS to The Minotaur magazine who are due to receive Volume 8, Number 4: You’ve waited a long time for your final issue and so you deserve something special. We have completed the Final Issue in the form of a DVD. Please send an email to theminotaur@me.com with your current address. We will check your name against our list of subscribers and send you Disc 1 (the complete movie with 25 tricks) free to fulfill our subscription obligations. Reminder, this offer is ONLY for subscribers who are DUE VOLUME 8, NUMBER 4. Your subscription status will be verified.

EVERYONE ELSE interested in “The Minotaur: Final Issue 2-Disc DVD Set,” but not entitled to the subscription fulfillment offer above, can still get it from www.danharlanmagic.com . It is The Greatest Magic Instructional Movie Ever Made! Destined to Become a Cult Classic! It’s a Wild Tale of Intrigue Involving Robots, Costumes, Beer, Color-Changing Plumes and 25 Incredible Effects! Packed Full of Great New Magic Routines… all woven into a crazy story to keep you laughing while you’re learning. 3 Hours of Non-stop Fun! Check out the sneak preview on my site.

Also, I’ll be traveling and lecturing to perform and teach effects from this latest DVD release (as well as my other new routines). So, if your group is interested in having me appear at one of your meetings, just e-mail me and I’ll do my best to fit you into the tour schedule. Thanks again for taking the time to distribute this message.

M.U.M. Reaches 100 Years
Last Call on Ads for inclusion in this Historic issue

The June 2011 issue of M-U-M will be issue number one of Volume 101, and this will officially mark the 100th anniversary of the best magazine in magic. This is a remarkable milestone for The Society of American Magicians. To commemorate this achievement, you are  invited to purchase an ad offering congratulations. Please be a part of this historic occasion.

Special ad pricing has been made available: You must submit this immediately 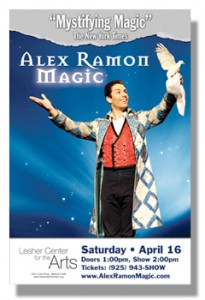 Alex Ramon Magic is approachable and family friendly. Kids, parents and grandparents can watch and be mesmerized together. Ramon’s theatricality allows him to cobine incredible marvels, & new miracles to the latest generation of audiences. Audiences will see a fresh approach on magic by a modern-day showman. A great way to spend a Saturday Afternoon! 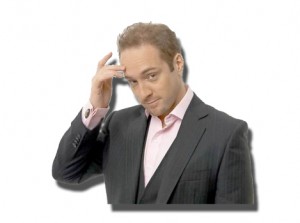 Mind reader, mentalist, conjurer and lottery ball predictor extraordinaire, Derren Brown brings his latest stage show Svengali to the Theatre Royal next week. As he prepares to baffle, amaze and bamboozle, SIMON PARKIN finds out 20 things you didn’t know about him.

Night of Magic and Wonder

York Little Theatre, studio team up
for Night of Magic and Wonder
by Andres Rusonis – For The York Dispatch 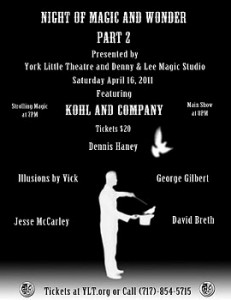 YORK, PA – York Little Theatre is enticing its patrons with an evening of arcane mysteries, illusions and magic April 16th. 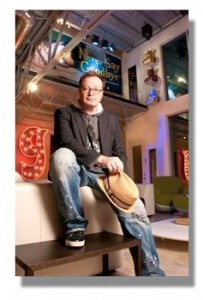 Chris Kenner is a master magician, but you wouldn’t know that from touring his house. The walls aren’t crowded with magic posters and the counters aren’t cluttered with magic crap. It’s a big, open, productive space, punctuated with modern art, movie memorabilia and the occasional baby toy. Kenner designed the interior with his wife, Katie, who works as a dance teacher at Henderson’s Step Up Academy. “It reflects our modern, eclectic personalities,” Kenner says. 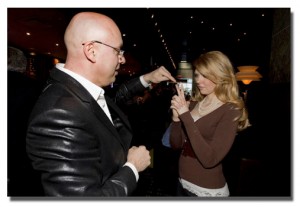 TOTONTO – The secretaries never had a chance. Alex Krawtschenko, resplendent in a black leather blazer, lines up a trio of pencil skirts and pumps. First comes what he calls the inception test, in which he has the ladies hold their index fingers parallel and gently “suggests” they are being drawn together magnetically.

“You have to be willing to be hypnotized,” says 47-year-old Krawtschenko. 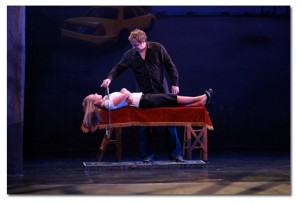 The appearance of famous illusionist Mike Super filled the Columbia Theatre for the Performing Arts with skeptics and believers of magic alike on Friday, April 8. The show “Mike Super: Magic and Illusion” returned to the stage due to popular demand after Super’s first appearance in Hammond during October 2007. 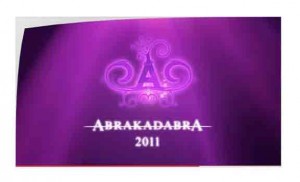 There will be a “Celebration of his Life” held in Las Vegas on Saturday April 23.

Condolences goes out to his family.  Memorial Services has already been held.