Greetings, it is a beautiful Fall day here in Miami; bright sunshine, lovely breeze and the peaceful sound of birds chirping outside my office window. 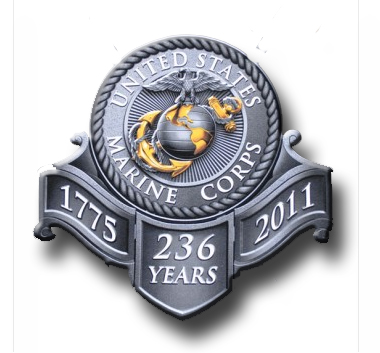 Thursday of this week will be November 10th and so United States Marines will be celebrating their birthday.  The USMC, also known as America’s 911 force, celebrates their 236th birthday.  Please join me in wishing Marines everywhere a VERY HAPPY BIRTHDAY and a very happy birthday to both our sons on their special day….HAPPY BIRTHDAY DEVIL DOGS!  Ooh rah and SEMPER FI!

I thought everyone would love to hear this true story about our Sun Sentinel newspaper article for The Society of American Magicians – Assembly 274-  last Sunday.

I received an email yesterday from a working magician that told me that he was interested in joining our magic club in Boca Raton, but wanted to tell me how he read about us in the Sun Sentinel.

He said he was working on the “Torn and Restored Newspaper trick” getting ready for a gig in Orlando and as he was tearing the newspaper, where the rip was, he noticed immediately the article about our Assembly 274 in Boca Raton.

He them copied my email address and phone number down, finished practicing this trick and then wrote telling me this amazing story.

I spoke to him and we both had a good laugh how funny things can happen. He said it’s funny how magicians buy things and never use them for their intended purposes.

He asked me to send him out our application for membership to our Assembly 274 an d was very happy to have read about us.

P.S.  We should now have 15 new members to sign up from this great P.R. newspaper article.

….just returned from the “official annual Houdini Séance”.  It began in 1926 by Houdini’s wife, was continued by Houdini’s brother, Hardeen, and upon his death by Sidney Radner.  On Oc 31, 2011 it was held at the Wisteria Hurst Museum in Holyooke, MA.  The Séance was held by members of the Inner circle.  This year’s hosts were William Radner and Thomas J. Boldt.  It was planned by William and Lisa Radner.  It was a tribute to Sidney H. Radner who passed away this year.  Sidney’s infectious enthusiasm and commitment to keeping the memory of Houdini alive was immeasurable.  There was an underwater escape presented by Alexandria the Great.

MAGICIANS IN THE SPOTLIGHT 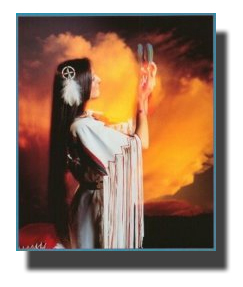 Autumn Morning Star is a talented Storyteller and Illusionist. Morning Star is one of fifty Native Americans profiled by the Smithsonian’s National Museum of the American Indian for her culturally rich show!

HONORS AND AWARDS: Recipient of the Dr. Martin Luther King, Jr. Human Rights Scholarship awarded by the President’s Standing Committee on Human Relations, University of Memphis, for her outstanding efforts in areas of social justice, human rights, and race relations. Selected by the Tennessee Arts Commission as a roster-approved cultural artist. Named in Who’s Who in American Colleges and Universities. One of only fifty Native American Indians selected by the Smithsonian Institute’s National Museum of the American Indian for her work as an outstanding cultural performer in “Illusion in the Shadow of the Wind”. Her story is a permanent part of Living Voices, a series of contemporary cultural profiles. Graduating with a perfect 4.0 grade point average, the highest grade point average in her college, she was named Commencement Marshall for her graduating class, from University College at the University of Memphis. Winner of the Faculty Council Award and the Alumni Association Award for academic excellence from University College at the University of Memphis. Her Master’s Thesis, American Indian Cultural Survival: Resistance in the Diaspora, won the Distinguished Special Project Award from the University of Memphis. Winner of the Far-Away Cherokee Association’s first annual Native American Spirit Keepers award for her outstanding efforts in the preservation of Native Culture as a Native American Storyteller and illusionist. Multiple award-winning Native American Indian artist and stone sculptor.

READ MORE ABOUT THIS FASCINATING AND TALENTED PERFORMER 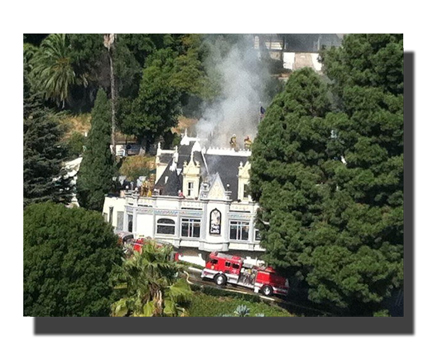 By now most have heard that there was a fire at the famed Magic Castle last week.  All reports coming from the area are that the damage was not as extensive as we feared but there is enough damage to force a temporary change to the way business is conducted.

Fernando Keops was scheduled to work there this week and he emailed to say that although on a smaller scale and for less days, he was very happy that “the show would go on”.

Here is part of an email received this morning directly from the Magic Castle:

Sunday and Monday Nights: Whit Haydn’s “School for Scoundrels” returns to our Classroom; keep your eyes on your valuables!

– Monday Night: Our weekly NFL football party returns from a short hiatus, this time to the Inner Circle! This week, the Chicago Bears visit the Philadelphia Eagles, and one of our Directors has imported some snacks direct from Philly, just for you!

– Tuesday Night: The one-and-only Shimada returns to our Palace stage, for an already-sold-out performance!

– All Week: Our close-up performances have been moved into the Peller Theatre for the time being, but the same great magic is popping up all through the building! Simon Coronel performing Close-Up (all night long), Fernando Keops performing in the Parlour (all night long), and an unforgettable Palace show with Mark Haslam, Kenrick “Ice” McDonald and Chris Mitchell!

– The Castle is open to you and as many guests as you like; since most of the Lane Mansion sections are closed off for repairs, we’re offering a reduced cover charge, as our way of thanking you for “excusing our dust” while we restore the Castle back to her original beauty.

– Please note: Starting Monday night, we’ll be honoring guest passes as well. Guests wishing to come in will be notified of the special circumstances under which they’ll visit.

– Our dining rooms are temporarily closed, but Executive Chef Mark Diamond has conjured up a special buffet in the Inner Circle!

– The William Larsen Sr. Library is open seven nights this week, for learning the latest magic, and sessioning with some of the finest magicians in the world!

– Donations to our new “Inferno Fund” (helping us meet all the unexpected costs we’ve run into during this tough time) will be available throughout the building.

– Our Sunday Brunch will be back starting next weekend! (We’ll still likely cancel our Saturday Brunches, for the time being.)

– Please note: Our dress code is still in full effect.

What are you waiting for? Come up to the Castle soon, and show your support for the club we all love! Bring your friends and, together, let’s prove to the world that nothing, repeat nothing, keeps the Magic Castle down!

New Editor for The Magic Circular

The Council of The Magic Circle is pleased to announce the appointment of William Houstoun, AIMC, as Editor designate of The Magic Circular to succeed Matt Field when he vacates the editorial chair in 2012.

A member of The Magic Circle Council, Will Houstoun became the youngest ever person to win First Prize in The European Magic Championships and has since performed and lectured for magicians around the world at conventions and venues including TMC and The Magic Castle.

His interest in the history of magic resulted in the researching, writing and publishing of two books: The Notebook, dealing with card magic in the eighteenth century and Hellis in Wonderland investigating a little known, but influential, nineteenth century performer. Will is currently studying for a PhD at The University of Essex based on his research into the work of Professor Hoffmann.

The readership of The Magic Circular will want to congratulate Will on his appointment and wish him every success in his new post.

Magic and beyond: Appleton’s Tom Boldt
not ready to give up on Houdini séance
by Cheryl Anderson – Post-Crescent staff writer 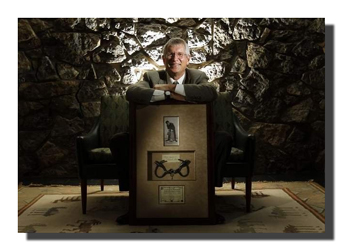 Tom Boldt of Appleton shows a display containing an
authenticated pair of handcuffs used by escape artist Harry Houdini
in the early 20th century. Boldt has an extensive collection of
Houdini memorabilia and is one of the organizers of a Houdini seance
held each Halloween, the anniversary of the magician’s death.
/ Post-Crescent photo by Dan Powers

It’s been a Halloween ritual since 1986. Tom Boldt disappears from Appleton, boards a plane to a pre-determined — and sometimes secretive — location and tries to talk to dead people. Well, actually, just one dead person. 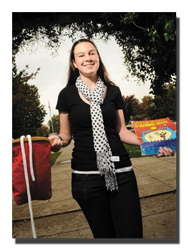 A good magician knows that a trick isn’t about the magic behind it. Instead, it’s built on the confidence with which it’s carried out that ultimately convinces the audience.

Kelly Spangler is using her magic skills to teach such confidence to children with mental disabilities, as part of her Girl Scout Gold Award project. 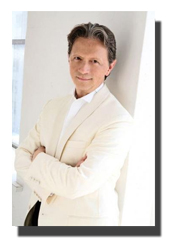 Symphony orchestras generally operate under the assumption that solid programming is all that’s needed to create musical magic. But as guest conductor Jack Everly deftly proved on the Oklahoma City Philharmonic’s pops season opener, the addition of some visual magic illustrated just how compatible these two art forms can be.

SÉANCE OF A LIFETIME

Teller speaks at Halloween ‘Seance of a Lifetime’
to honor memory of Houdini
By Patricia Cahill, The Republican October 31, 2011 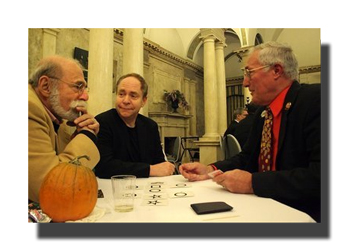 Photos by Michael Beswick – The Official Houdini Seance was held this year at
the Wistariahurst Museum in Holyoke to honor renoun Houdini Collector Sydney Radner.In addition to the seance Alexandria the Great performed ‘The Underwater Escape.’
Left to right are Bob Roscgarten, Teller and Leonard Nadeau of Ludlow.

HOLYOKE – Under the vaulted ceiling, under the Italianate bas-relief, among the double pillars of the Wistariahurst Museum, men in black – and women, too – were talking about magic on Halloween night.

They had come together, as they do every year, to honor the memory of the great magician Harry Houdini, who died in 1926.

Lev Grossman on ‘The Magician King’
and the Science of Magic
by E.D. Kain, Contributor 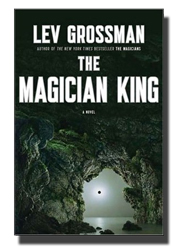 He writes about the intersection of tech, business, politics & culture.
Lev Grossman’s ‘Magician King’ is a dark modern fantasy

The first time I interviewed writer Lev Grossman I had just finished reading his excellent fantasy novel, The Magicians, the story of a group of teenage students at Brakebills, an elite private school for magicians. Think Harry Potter meets The Dead Poet’s Society.

Following the lead of fantasy-obsessed Quentin Coldwater, the young magicians wrestle with sex, drugs, and disillusionment before stumbling into Fillory, a fantasy world that they believed only existed in books. Fillory is a sort of dark twist on C.S. Lewis’s Narnia, and in many ways so was The Magicians. 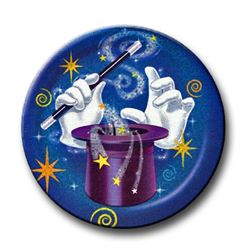 EDMOND, OK — A few years ago in Las Vegas, I saw a couple of sparkly dressed fellas make a full-grown elephant disappear right before the eyes of a house full of witnesses. Let me rephrase; these fellas made it look like the elephant disappeared. Everyone in the audience was amazed, but we all knew it was a trick. Elephants don’t just vanish into thin air — no matter what our lying eyes might tell us. Just the same, we came to their show to be bewildered and, in my book, we got our money’s worth.

Sending best wishes out to him.  He had a procedure performed this past week prognosis is  positive for a complete recovery. 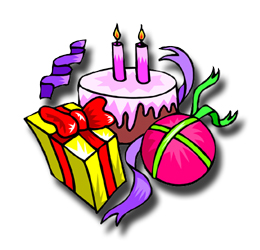