Greetings, we are back home in Miami after a wonderful ten day trip to Nashville, now it is time to get back to work because as they say, “there is no rest for the weary”.  Jay is back-logged with orders, bid requests and phone calls to return and I am packing and unpacking for a week which has me performing 6 library shows and several private shows all over the county.

We are working on shows for next season and some of the all important changes that I would like to make to the presentations.   Poor Jay looks like a deer in headlights each time I say — “I’ve been thinking”; understandably he gets worried as I come up with the crazy ideas which he later has to bring to fruition and build.

Looking forward to some down time tonight watching part 2 of last nights NCIS, one of my favorite shows on TV while I hope against hope that Murder She Wrote will make a syndicated come-back so that I can once again enjoy watching Jessica Lansbury solving all those crimes in Cabot Cove.   Perhaps now you can understand why I am so enamored with Rockport Mass., a city which reminds me very much of Cabot Cove.

There is much to catch up on and a newsletter which is a day late due to travel times and schedules but, you’ll see some changes in this issue which I hope you will like, as always, please do feel free to send your feedback and any news you would like to share to me at merlina@merlina.com or at merlina17@aol.com. 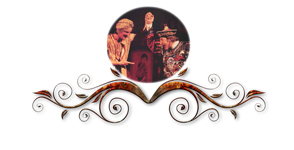 Beverly, Mass. — The final summer performance of “Le Grand David and his own Spectacular Magic Company” will be given this Sunday, July 12 at the Cabot St. Cinema Theatre. Curtain time is 3:00 p.m. Weekly performances will resume on September 13.

Now in its fourth decade

Ticket prices for “Le Grand David” are $24 for adults and $14 for children 11-years-old and under.  For complete information on all “Le Grand David” performances call the box office at (978) 927-3677 or go online to www.legranddavid.com 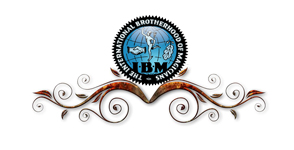 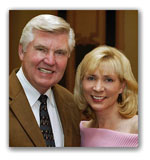 IBM welcomes a new International President and First Lady of I.B.M., Jack and Lynn White who will be representing the I.B.M. and its tens of thousands of members around the world during their travels for the next twelve months. Congratulations to them and best of luck in the coming months.

Nashville is now a fond memory of what was an awesome convention. Now it is time to look forward to San Diego next year, why not take a few minutes and register now….it’s never too soon. www.magician.org 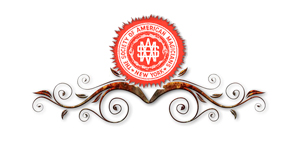 Tick—tock, tick-tock; time is running out….don’t delay…the world’s oldest magic organization is hosting the annual convention in just a few days (July 15-19) in Buffalo, New York. REGISTER now if you haven’t already done so to attend this year’s extravaganza by visiting www.magicsam.com and following the convention links or you can contact the registration chair directly at samregistrar@yahoo.com.

This year’s convention is being dedicated to a legend of magic, Norm Nielsen. His travels and performance with his violin are not only legendary, but also one of a kind and you won’t want to miss the opportunity to shake the hand of Norm Nielsen and his lovely wife, Lupe or to extend your congratulations.

wA special opportunity also to welcome the new National President of the S.A.M., Mike Miller. Mike is a great individual with no knowledge of what it means to be tired and therefore will work tirelessly to propel the Society forward and to assist the members in any way he can.

Never too late to register and summer is here so plan now to take your vacation and attend what is billed annually as “the world’s friendliest convention”.

Considering leaving your legacy in magic by becoming a major donor to the S.A.M. Magic Center.

NOW IS THE TIME to make your contribution count. Your financial support is needed now!

Consider donating to the next qualification level on the Wall of Donors.

For example, if you have already donated $100, $200, or $500 to the Magic Center project, consider increasing your contribution to reach the Supporting Donor level of $1000. Not only will you qualify for additional rights and privileges, your contribution is needed now, more than ever, to solidify the acquisition of the 9-acre property in Louisville, KY.

If you have already contributed $1000, I challenge YOU to increase your financial contribution to Foundation Donor level of $10,000 or more.  Make your donation NOW, so it can be announced at the S.A.M. National Convention next week in Buffalo, NY.

Naming Rights will be considered for donations of $25,000 or more. Imagine an S.A.M. Magic Center with your name, or your company name, on the museum, the library, or even the auditorium theater. You can make a difference – you can be part of magic history. Naming Rights is considered a prestigious honor and our board of director’s must approve the recommendation. Also, there are a limited number of naming right opportunities available.

Are you up for the challenge? ……

Naming rights for the theaters will go to the highest bidder. 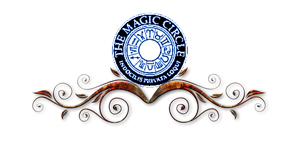 Please could you do me a favour?  Would you ask people who corresponded with me to email me as my computer died on me a month ago and I’ve lost my entire address book so I no longer have the addresses of so many of my friends!  It’s making things difficult with both contacting members of the  Young Magicians Club to let them know about workshops and also to contact members of The Magic Circle to let them know I’ll be standing for council this year for the very first time. Oh well, I hope – in time – to rebuild the address book which was a wonderful ‘who’s who’  of the magic world and I’m lost without it!

Good morning, friends in magic, I am Juan Roldan, Vice President of CIP, the illusionists club in Spain.

I am writing to ask if anyone knows the name, address or contact information for any magic company or individual in the Dominican Republic.   I am heading that way and if I can help in any way, well then I will help.   Moreover, as some already know, I’m an unrepentant collector of magic pins for magic groups around the world. I have about 300 and am willing to trade with you for yours or to purchse those you may have.  Thanks for everything. A hug and if you need something, you will know how to reach me with the below information:

I hope that from all the connections you have, your service family and knowing how you feel about honoring those who gave-you will pass this on. Thanks. T

Please watch the video or go to the website below…this really needs some attention…to help all of our veterans…..since WWI….. This cross has been in the Mojave Desert bothering no one since 1934….Will only take you a few moments to help!

Congratulations to Circe Martinez who will be performing from July 10 to 19th in Los Angeles in the comedy “Jodidos pero Contentos” (Down and out, but happy). Circe is a Cuban born magician who lived for years in Jamaica, after leaving her native land, and has more recently lived in Las Vegas for the past couple of years. We wish her the best in this show and congratulate not just her but also her father Eduardo Martinez, also a magician and magic teacher of many including Ernesto Planas whom you have read about in the past few issues.