Greetings, I cannot believe it is already July.  This year seems to be going by so quickly.  A rough week emotionally for me as I face many emotions both positive and negative all at once.

This week marks the 88th birthday for my father.  We are blessed to have him with us, he is a cancer survivor and other than that is healthy and in great spirits.  He is the caretaker for my mother, believe it or not. 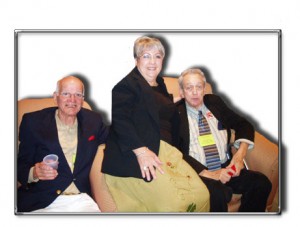 oldest magic society in the world, the prestigious Society of American Magicians.  A beautiful anniversary which fell on 7-7-07 in Dallas but which also brings with it the rush of memories of an installation performed by my beloved friend Cesareo Pelaez….memories of him I will treasure as long as I live.

This week also marks the 2nd anniversary of the passing of my friend Alberto Montejo who passed away on July 7, 2010. My mentor, right hand man and wonderful friend.  I miss him every day of my life and rarely a day goes by when I don’t pick up the phone to call him and have to set it back down when I realize….where am I going to call him?

Thank you for letting me tell you about this week and what it will be like for me.  I also want to take a moment to wish each and every one of you a safe and happy Fourth of July. While you celebrate, attend your picnics, watch the fireworks, etc., please remember to say a prayer and keep in your thoughts the many brave men and women who fight for us around the world in order to preserve our freedom and what we celebrate the 4th of July – our Independence.

“The greatest good you can do for another
is not just to share your riches
but to reveal to him his own.”

S.A.M. 280 will once again start meeting along with Magic City Conjurers starting this July and until elections are held.  Please note that there will be no meeting on the first Wednesday of July because it falls on the 4th of July.

Come see the show that is always a top pick by The Indy Star and has been on the top 5 list of DoIt Indy.

Come Celebrate the Glorious Fourth on the Third!

Starring: from Pittsburgh, the amazing magic of Eric Starkey.  From 1752, the classic illusions of Rodney The Younger; and from Indianapolis, the card mastery of David Ranalli

All at
Theatre On The Square
627 Massachusetts Ave.
Indianapolis, IN

And don’t forget Aug. 7, we welcome
Magician of the Year
Ice McDonald

Ice will lecture after the show!

See indymagicmonthly.com for ticket prices and other things you need to know! 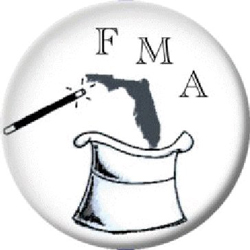 This being my second quarterly blog of the year brings you a few items that I hope you address with your club members.

It is time to discuss with your group the possibilities of bringing the annual FMA convention to your area and having your club host the affair. Each year I am asked how long the Florida  State magic convention will remain in Daytona Beach. Approximately seven years ago the board voted to allow Daytona the convention site for five years. Only if no other club or “group” places a bid, and that bid is accepted by the FMA Board, will it remain in Daytona, as long as Daytona Magic wants to co-sponsor it along with their Daytona Festival of Magic. The last two years, the Board received no other bids. Actually, two other clubs did show interest but one club wanted it in December, which the Board would not allow since it was only a month away from the Daytona Festival of Magic and would be counterproductive for both conventions.

And here is some great news about this years Daytona convention. The Saturday evening (public) show will be held at the beautiful News Journal Performing Arts Center. I’m sure everyone will be looking forward to seeing the show in that venue.

If your club or group would like to bid for the 2013 convention, the convention would have to be approx. six months from the November DF of M, the FMA convention being May or June. Attached is the bid sheet and the Board will assist in helping to see the convention a success. I can also send you additional background info to help should you show interest in the possibility of hosting the convention. In 1970 Milwaukee had only a few months to put together the annual SAM/IBM convention…yikes! But they did it. So talk with your club about it and if you have any questions, give me a call (407) 491-3287 or email me if I can be of help.

I don’t usually use this forum to give mention or get involved with magicians death notices (Maria Ibanez does a great job with that in her blog), as I let the local group command those notices or condolences, but something to think about is letting another magi your thoughts and wishes for a Broken Wand ceremony or if you would rather not have one at your own funeral. The ceremony does not have to be as formal as written (the formal B-wand ceremony can be found through the IBM) and most I have seen, and been part of, only lasts a minute or two. A few years ago I conducted one using playing cards instead of a wand. But the non-magicians might think it an odd gesture, especially from the loved ones who knew nothing about it. So, let not only the local magicians know, but also your loved one that you wish to have or not have a ceremony after you have departed.

Last year, I placed a “call” to you in one of my blogs asking to send me some of your old FMA convention programs. I am thrilled to say that I am only missing a few from the 48 years that the FMA has had conventions. It is interesting to see where the conventions have been around the state of Florida year after year and most interesting is the correspondence and programs from the first convention (1964). AND…Tim Arango (Tampa) who was the first President of the FMA is still with us and it was a joy speaking with him recently. If any of you old timers have a program from the 1965, 1966, 1967, or 1968 convention let me know.

Finally, let your club members know that our web site is www.flmagic.org and check us out on Facebook. Let Simone know if you would like the FMA to publicize your upcoming event on the web site…no charge.

All the best to you all and hope to see or speak with you soon. 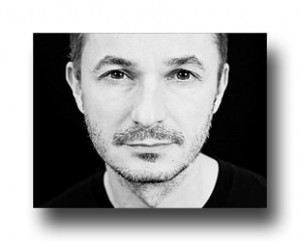 Illusionist Marco Tempest is known for making magic out of new technology, memorably using iPods culled from the TED audience for his talk about the beauty of deception. But for his newest TEDTalk, Tempest reaches to the past to create visual wizardry, telling the story of inventor Nikola Tesla using the principles of tanagra theatre. 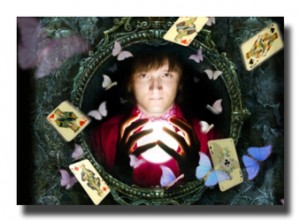 There will be magic in the air this week when the Edinburgh International Magic Festival gets under way.

Starting on Friday and running until July 6, this year’s festival is the biggest yet, with more than 30 performers from eight countries set to wow audiences.

The range of shows is quite the trick in itself, with everything from classic close-up magic to the Ukrainian master of illusion Voronin, described as a cross between Dracula and Casanova. 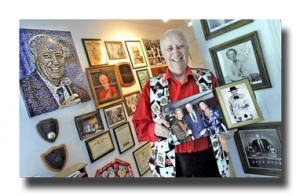 Photo by JUSTIN SORENSEN / WATERTOWN DAILY TIMES
Ronald ‘Obie’ O’Brien holds photos of him and Siegfried and Roy,
and himself as a younger magician, among other memorabilia.

ALEXANDRIA BAY — Whether it be at the local supermarket or in Dunkirk, France, magician Ronald J. “Obie” O’Brien is always ready to entertain.

At his riverfront home just off Kring Point Road late last month, four days before turning 80, he reached into his back pocket for his wallet shortly after welcoming a guest. He revealed a card carrier, took out four cards and launched into a routine:

“A magician and a gambler were talking. … ”

Photo by Jim Massara The rose garden at Pope Dickson.

Abner Dickson, owner of Pope Dickson Funeral Home in Jonesboro, had a side career — he was a pretty good magician.

He may have saved his best trick for his last act.

Dickson was a master of misdirection, with a show at one time that had “big illusions, lots of assistants,” according to Don Wiberg, former president of the International Brotherhood of Magicians. 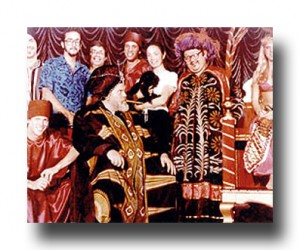 There was a time, you know, in this land of ours when every whistle stop had a real live theatre of its own. We take you back now for a moment to those grand old days when we magicians did our stuff in gilded palaces sumptuously upholstered in scarlet plush and purple hokum.

– Orson Welles, speaking in his unfinished film The Magic Show

In 1976, as the United States celebrated its Bicentennial Year, arguably the country’s greatest moviemaker, Orson Welles, was working, as he had been for many years, as an independent filmmaker in the truest, most complete definition of the term: financing his own work (in part or in whole) with his own money, usually earned by taking acting jobs in the movies of others. In the process, he left behind a late period of films which is so remarkable, rich, and diverse as to be almost staggering, and which includes films both finished (F for Fake [1973], Filming Othello [1978]) and unfinished at the time of his death (The Other Side of the Wind, The Dreamers, Orson Welles Solo, etc).

I just received word that our beloved friend, mentor, and lifetime member of The Fort Worth Magicians Club, Bob Utter passed away today at the age of 89.  He will be deeply missed. I’m missing him already.

Bob’s obituary has been posted at:

His funeral is this Thursday at 1:30. Of course there will be a broken wand ceremony to honor him. What a remarkable friend. 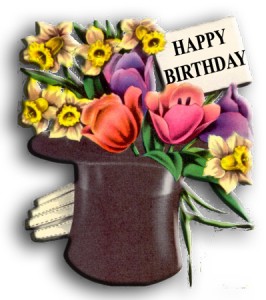 Teatro On The Square

Teatro On The Square