Greetings, today marks not just the peak of hurricane season but also the eve of the infamous 9/11 – another day that will live in infamy.

Remember the day?  Remember what you were doing?  Remember where you were?  Remember the empty feeling in the pit of the stomach and the cry…”we must do something!”? The days following that tragic day were days full of patriotism, full of singing what came to be known as the anthem for freedom, the song by Lee Greenwood, “God Bless the U.S.A.”.  Those feelings still burn inside many of us….no, not the feelings of hatred and let’s act and let’s do something…the feelings of knowing that the words “oh beautiful, for spacious skies….for amber waves of grain; for purple mountain majesties….across the USA” describe the natural beauty of this vast country and yes, the cry of “God Bless the U.S.A.”.  Thoughts and prayers for all those who lost their lives that fateful day and for their families and the countless lives they touched.

May no other country ever have to live through a day such as 9/11.

IN THIS ISSUE
Burton, Mirko, McBride, Murat….what do they all have in common
S.A.M. NEWS
MAGICIANS LIFE
Nash Fung
Armstrong and Costa
Paul Daniels
Last Greatest Magician in the World
CONVENTIONS AND EVENTS ELSEWHERE
David Stone at Fantasma
S.A.M. ASSEMBLY 16 HOSTING A SHOW
BIRTHDAYS FOR THE WEEK

Burton, Mirko, McBride, Murat….what do they all have in common?

They are just but a few of the people who have had their acts “stolen” under the guise of imitation being the biggest form of flattery.

If you are on this mailing list, you received an open letter from me this week for a call to action because enough is enough….Jeff McBride’s act had been stolen by a copycat in Thailand.  Yes, the call went out, yes I had hundreds and hundreds of emails, private messages and phone calls asking not just for the link to the video but also asking “what can we do?”.

You will be happy to know the offending video was taken down, according to YouTube by the individual who posted it.  The following morning, however, another video of a copycat went up, this time it was Jerome Murat’s act.

Friends, it is not just well known names such as Lance Burton, Jeff McBride, Jerome Murat, Mirko Callaci, whose acts are copied. I was astounded by the numbers of you who contacted me to tell me that either your full act or a large portion of your act had been copied by another performer; add me to that list as well.

Is it just acts?  Sadly, NO!  Magic tricks are copied, cheapened in version and manufacture and put on the market, sometimes using the creator’s original instructions which are photocopied, often with the originators own logo, and then sold for a lower price.  The saying “you get what you pay for” does not do this justice but by the time you either receive the trick and realize it is a cheap copy that does not work correctly or you use it a couple of times and it falls apart, you are out of luck on having any recourse for exchange or satisfaction.

Yes, these may be cheaper; in the case that they are fairly functional copies, you got a “bargain”, BUT at what cost?  At the cost of the pocket of the originators of effects and at the cost of the loss to the magic community of the creative thinking of the many innovative individuals out there who simply stop creating new effects so they are not ripped off or who only create for themselves or a very select group of close individuals.   Where is John Cornelius?  He had so much taken and duplicated and cheapened and put out there for a lower cost….who suffered?  We did!  We lost him and his creative ideas and items as he no longer markets them except to a very select few of his closest friends.  Is John Cornelius alone?  No….countless others have suffered such loss.

Is there an easy answer?  I do not know of one.  Walter Blaney and a small group tried years ago with WAM; others have tried other things, but until we can come up with a way to have some sort of sanction against the offenders, nothing will change.  Creative minds come together and lets come up with possible solutions.

AL COHEN TO BE HONORED 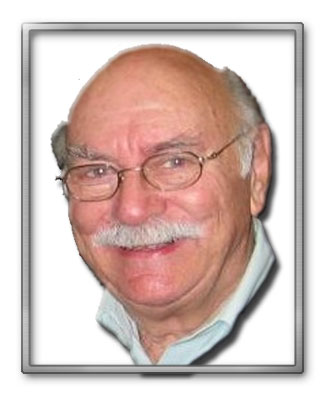 Producer John Apperson announced today that former magic dealer Al Cohen will be the 2013 honoree at the Society of American Magicians Annual Convention July 3-4-5-6- . Al has the reputation of having been the best and most honest magic demonstrator in the country. He closed Al’s Magic Shop in 2004. The Washington, DC convention will be held at the Marriott Hotel 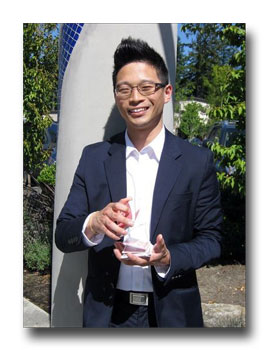 PACIFIC NORTHWEST – You may have seen his magic act on KING 5’s “New Day” program or even in a viral video passed along through email or Facebook. But in King and Snohomish counties, a lot of people know 29-year-old magician Nash Fung from catching his performance at a company party or wedding.

What makes Fung unique is that he develops his own magic. He doesn’t buy tricks from other magicians, so when you see Fung, you’re going to see tricks that you haven’t seen performed before. 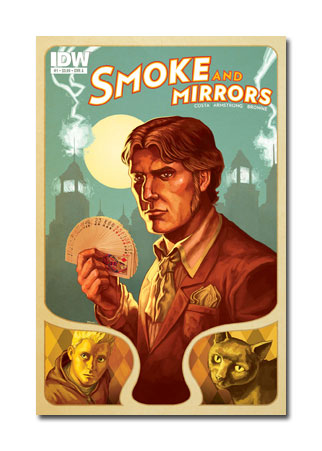 Watching people flip through an issue of Smoke and Mirrors is almost as entertaining as reading the comic book itself. It’s not uncommon for a reader to gasp or exclaim, “How’d he do that?” Both the physical comics and the digital versions offer a fresh take on comic book magic and actively engage the reader in the tricks themselves.

The creation of the comic—the origin story behind the origin story—started at the Magic Castle in Hollywood, where comic book writer Mike Costa (G.I. Joe: Cobra, Blackhawks) met magician Jon Armstrong (an award-winning close-up magician and chairman of the board of trustees for the Magic Castle) after one of Armstrong’s shows in the Close-Up Room.

Paul Daniels to reveal his magic secrets
by Victoria Smith 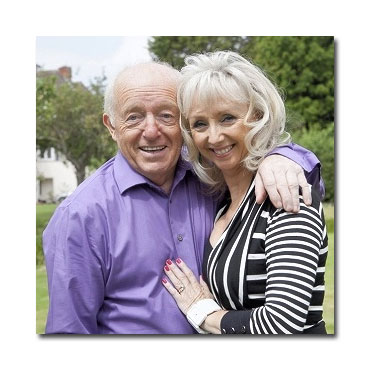 TV magician Paul Daniels will reveal the secrets of his mystical act to his very own class of sorcerer’s apprentices at his Wargrave home.

The former Strictly Come Dancing contestant will welcome students into his home, which he shares with wife and magic assistant Debbie McGee, where he will reveal the tricks of his trade.

LAST GREATEST MAGICIAN IN THE WORLD

“The Last Greatest Magician in the World: Howard Thurston Versus Houdini
and the Battles of the American Wizards”
by Jeff Glor 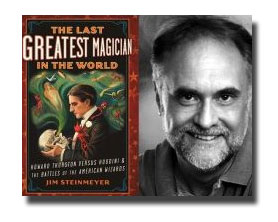 Jeff Glor: What inspired you to write the book?

Jim Steinmeyer: I’ve worked with magicians throughout my career, and when I was a boy in Chicago, I’d actually known magicians who had been friends of Thurston. Still, he always seemed to remain a mysterious, guarded personality. It was difficult to get a sense of his performances or his career. Over the years, I gradually came to discover that his personality and experiences were a key to the mystery. Even more, his story — what he chose to tell people as well as what he chose to conceal from the public — is one of the great stories about American show business. I think that Thurston tells us a great story about entertainment at the turn of the nineteenth century, about fame and success. The fact that he had basically become obsolete by the end of his career, virtually forgotten, only exemplifies the changing tastes as well as the nature of stage magic.

A LECTURE BY DAVID STONE

David Stone is one of the brightest rising stars in magic today, having collected an impressive number of prizes and awards from top competitions. David won the 3rd prize for Micro-Magic at FISM in Stockholm, Sweden in 2006 and was voted in April 2008 the TMW Award for Best Magician. In 2010 the FFFF convention voted David to be Guest of Honor for FFFF in 2012. His most recent book, Close-up: The Real Secrets of Magic is a best-seller in France and was sold out in less than 15 days after its release. His DVD, The Real Secrets Of Magic adapted from this book was nominated Best Magic DVD 2006 by  Genii and Magic Magazines. He has also produced two best-selling videos on coin magic.

What Will You Learn

Effects from this lecture are possible standing-up and can be applied in real working conditions.

1. The first half of David,s lecture consists of magic effects created using coins and cigarettes: easy tips and easy subtleties, accessible tricks and other techniques: some coins routines from his videos, card routines, and surprises.

2. The second half is dedicated to “table hoping.” After having asked several people to sit around his table, as if in a restaurant, David performs his entire routine from table to table. He then talks about what is written in his notes, “Table Hopping Secrets” by illustrating each effect with explanations. This is about practical side of “table hopping” and related to professional situations (the verticality of effects, setting up the effects, approaching a table, the opening trick..). 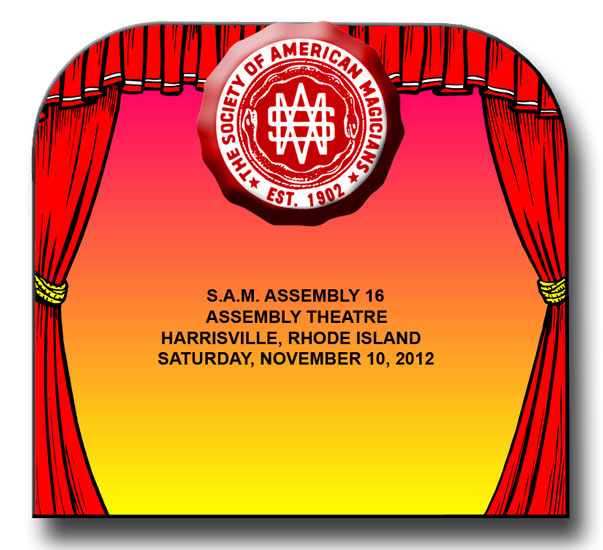 It will be held on Saturday, Nov. 10, 2012 at 8:00 PM at the Assembly Theatre in Harrisville, RI.  Admission is $10.00 per person.  On the bill right not are David Garrity, Jason Monette, Dennis Pimenta, Fran Flynn will be the MC for the evening. There will be one other performer yet to be added to the bill.  People can contact me at the address and number below for tickets and any unsold tickets will be available at the door the night of the show. 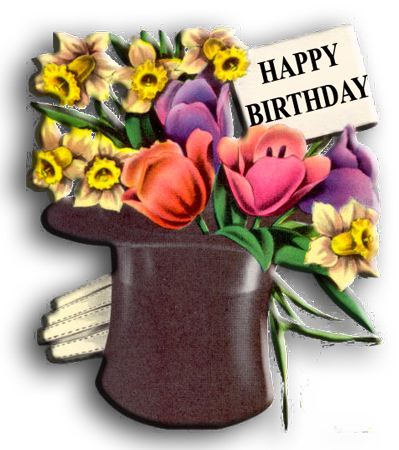