Greetings, it is a beautiful fall day in Miami; a cool breeze and the sun in just the right angle.  I love Spring and Fall!

It is now almost noon and I am still working on this issue of the newsletter.  It has been a difficult one to write, between the news of Joe Lefler’s passing, my aunt still in the hospital, important appointments that must be attended to and a broken cell phone which must be replaced…..having trouble concentrating long enough to finish any one project.

Starting tomorrow morning I will be on non-stop storytime mode and doing what I love the best, sharing magical tales of once upon a time with the best audience in the world….children!

“Step with care and great tact
and remember that life
Is a great balancing act.”
~Dr Seuss

Hopefully that can’t be said about you.  We know that all of us are heroes of creativity especially if you’re an entertainer. Entertainers are some of the most creative people in the world.  But we also know that a select few have chosen to explore even more of their hero gifts through Creativity At Sea. This could be your LAST CHANCE to attend this unique event. 2014 will be different in many ways.

You only have days left to sign up. October 6 is the deadline for registration.

See all the details on our site along with some funny video promos.

The exhibits of the Society’s museum were back on display after being unavailable for public view for a number of years.  Although the Hall and Museum is still looking for a permanent home in the greater Los Angeles area, the exhibits will be on display at the Whittier Museum in downtown Whittier, California for the next year. See a short photo gallery on the news page at     www.magicsam.com 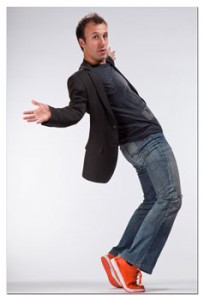 The stage was nearly empty. A plain, black bag sat on a stool in the center. A microphone stand was located downstage left and a sheet of paper, mysteriously reading “Finale” was taped to the curtain. It was a full house. Latecomers lined the railings for a better view. At 8 p.m., after a short introduction by the show’s organizers, Student Activities Committee members Zack Meyer ’14 and Eric King ’14, Peter Boie took the stage, and the magic began. 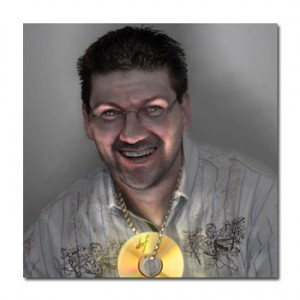 “If you follow my line of logic,” former stage magician Randy Pitchford promises, “there will be a pay-off.”

“I’m an entertainer at heart,” Gearbox Software President Randy Pitchford claims. The former stage magician and Magic Castle alumnus went on to admit that game developers and magicians have some things in common. Chief among them is the need to get into the audience’s head and find out what makes them tick, because without that insight neither the magician nor the developer will be able to get the audience to buy into the smoke-and-mirrors that leads up to the explosive conclusion. “Just come with me,” as Pitchford describes the effect, “trust me, come along with where I’m going to lead you, and if you follow my line of logic, if you come along with me, there will be a pay-off, there will be a reward.”

‘A little wonder, even for a moment’
by Monisha Martins – Maple Ridge News 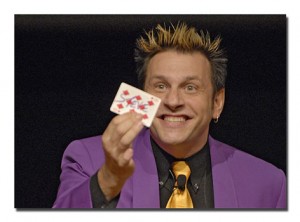 Maple Ridge’s Shawn Farquhar appeared on
the Ellen Degeneres Show. He has won two time world champion of magic.
Photo by Zachary Belamy/SPECIAL TO The News

We have no idea how you got the card!, yells Penn Jillette, the famous illusionist as the audience loudly applauds the magician on stage who fooled him. 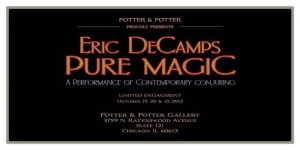 Gabe Fajuri brings Eric DeCamps to Chicago to present his one man show, “Pure Magic” for a limited engagement. Eric will perform at the Potter & Potter Auction Gallery, 3759 N. Ravenswood, Suite 121, Chicago, IL 60613. During the weekend of October 19-21, Eric will give four performances in the intimate gallery setting. Seating is limited with around 75 seats available per show. 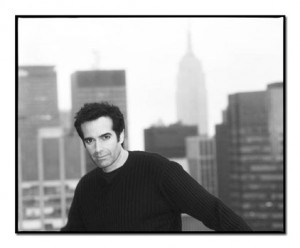 For the first time, magician David Copperfield has admitted that he thought he would die while attempting his death-defying stunt over Niagara Falls. “We would have a raft and use steel ramps to take me into the water. We were there for a week before just to build it.

Math can be magical
By Robin Miller | Arts writer 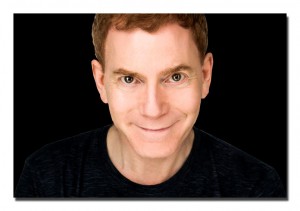 Now, some of you may be shying away at the moment, and it’s understandable. Math, many times, isn’t the most popular subject among elementary, middle school and high school students.

And that’s exactly what inspired Fields to develop his show, MatheMagic!.

If Houdini were alive today, would he be a Mentalist?

World Renowned Mentalist Marc Salem brings his interactive show to Fantasma Magic for an experience that will leave you astounded. Using psychological technique and more than 20 years of close study, Mr. Salem creates a mystifying show that explores the depths of the Human mind.

Featured on Broadway, CNN & The O’Reilly Factor, Profiled on 60 Minutes with Mike Wallace 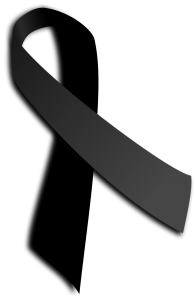 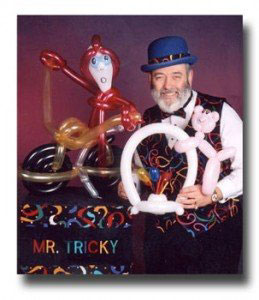 It is with a very sad and heavy heart that I report on the passing of our friend Joe Lefler.

A man of his word, a man of integrity and ethics, a fantastic entertainer and a man whose heart was bigger than life, my friend and yours, Joe, lost his battle to cancer this Sunday, September 30th at 6:00 p.m.

His loss has and will continue to be felt by the countless thousands of us who were blessed with knowing Joe and his lifelong sweetheart, his wife Sue.  Please keep Sue, the family and all those whose life they have touched in your thoughts and in your prayers through this difficult moment.

Rest In Peace my friend.  You are now bringing laughter and joy to the angels until we all meet again. 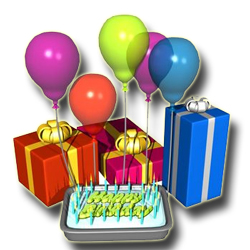