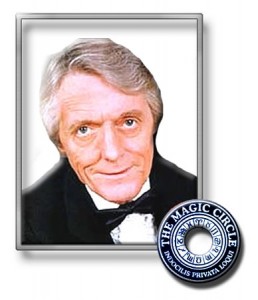 It is with a very sad and heavy heart that I report on the passing of Alan Shaxon; Past President of the Magic Circle.  Word has come from several sources, not the least of which is the digest of The Magic Circle which reads:

From Brian Sibley, Chair of Council
It is with great sadness and regret that I have to inform members that former President, Alan Shaxon MIMC, passed away in the early hours of this morning.
I am sure that you will all join me in sending our deepest sympathy and affection to Anne and the family.
Details of funeral arrangements will be communicated when known.
Brian Sibley

On a personal note, Alan Shaxon was a gentle man who loved magic and magicians and would do all he could to promote the art.   He served as President of the Magic Circle and he and his wife were wonderful hosts during our visit to England and The Magic Circle during my Presidential year with the S.A.M.   It was during Presidents Night, while I was honoring him with a Presidential Citation and set of commemorative brass coins that Alan Shaxon surprised me by presenting me with my promotion to AIMC at the stage, a memorable moment made all the more special by having shared it with then President of the I.B.M., Phil Willmarth.  (Photo on right captured that moment) 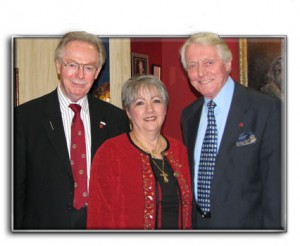