Greetings,  as I sit here typing this newsletter, it strikes me that I am a very blessed person.  I’ve been blessed with a great family, good health and much more that I am thankful for….BUT, I have been extremely blessed with marvelous friends around the world who are supportive, loving and who regardless of how busy they were, took time out of their schedules and day to  email, phone, Facebook message, private message and more their birthday greetings this week.   So many hundreds of loving messages that I was totally overwhelmed and deeply humbled.  I love you each and every one…THANK YOU! 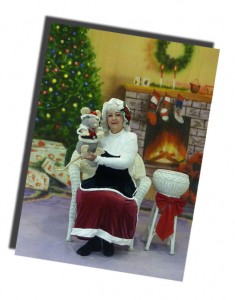 The week kept me hopping with all the holiday work.  Saturday however,  I performed magical storytelling as Mrs. Claus and that was an unbelievable event!  The show was for a community I have a contract with and perform for regularly and naturally, the Mayor was there….he helped me give away the first gift of Christmas and we made sure the children knew that each time a bell rings an angel gets its wings.  What a marvelous magical day and performance for quite the appreciative group!

Please allow me to wish a wonderful Chanukah to my friends who are celebrating.  May your holidays be filled with health and happiness and magical.   May the light of the candles be bright enough to bring Peace and Good Will to the many areas that so badly need it.

“When the power of love overcomes the love of power, the world will know peace….”
~Hendrix

The magical party will be a hit
There will be hocus pocus
And lots of tricks too
Everything magical will be waiting for you!

Looking forward to this week’s Christmas Party Banquet.  We are expecting a large group of magicians from as far north as Orlando … the hosts of the event are going all out for this one, as they always do.

Don’t forget dinner will be served so bring your appetite and your magic!

Christmas times are merrier when shared with good friends! 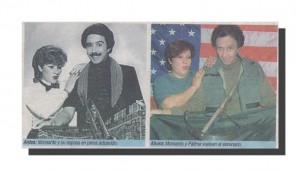 MONSANTO RETURNS TO THE STAGE!

You read it correctly, after an almost two decade hiatus from magic to serve the church, Monsanto and Fatima are returning to the stage with an act that while reminiscent of the one long ago, has been updated and brought up to date.

Monsanto, his preferred name, presents and act that has enchanted audiences since he turned professional back in 1968.  He has received numerous awards from magic groups, countless publicity and much recognition.  In spite of this, he chose to walk away from the performing stage to serve the Lord as he followed his heart and poured his energies into the Pentecostal church helping not just the church but also its parishioners.

It has only been recently that they have made the decision to come back to the stage and share their magic with us once again.  To quote him, Monsanto says “I have not walked away from the Lord, I still have my faith, continue to pray and I believe that with my magic I do not offend anyone, least of all God”

A very prolific performer, Monsanto is equally capable with close up, parlor, full stage, and illusions.  He and his wife perform a great sword basket but one of the things that impressed me the most was his transformation of the “zombie” which he previously performed with a trumpet and now performs with a crossbow.

MONSANTO….a name you will want to keep your eye out for as I predict we will be hearing more and more of it in the days to come.  If you are interested in more information on this act, please contact him at 863-438-6353!

Congratulations Monsanto on your decision to return to the stage and WELCOME BACK!

Reminder- Magicians in need of additional medical funds can check out

SAM membership is not required

Do it now before you forget

Mike Miller, talent producer of the Society of American Magicians, announced that he has booked six lectures to date for the annual convention in Washington DC  ( Arlington VA ) on July 3-4-5-6, 2013.  More acts are still being added to this super event.  Here are the lecturers already booked: Levent, Steve Marshall, Rick Merrill, Shoot Ogawa, Christian and Katalina Painter  and Bob Sheets,   Click on the Convention page for photos and credentials at www.magicsam.com 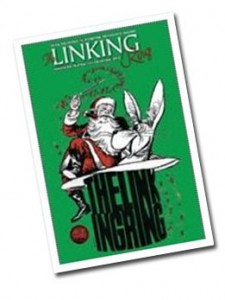 Welcome to The Happy Holiday edition of The Linking Ring!

The Linking Ring has the largest circulation of any magician’s magazine in the world.

WINDY & SUNNY are featured in this month’s edition of The Linking Ring!   Read about Russell and Maryellen Douton’s remarkable and magical journey through life in their inside story!

You won’t believe the “Who’s Who” of celebrities that have befriended them and their own success as T.V. stars!  This pair has done it all! 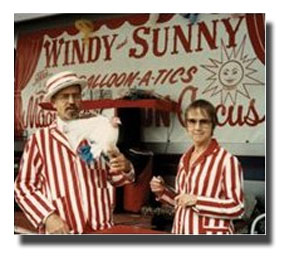 Windy & Sunny have been performing, full-time for well over 60 years…and are still performing full time!  What a remarkable duo!

This month’s PARADE features Windy & Sunny!  They generously share the wonderful magic that has kept this pair very busy AND, I believe a first, they share some of their secrets of DOVE magic!

In addition, they provide information on the care, feeding and training of doves for those who might want to get started in Dove magic!

Doves have been an integral part of their repertoire for close to 60 years and WINDY & SUNNY HAVE SOMETHING TO SAY!

C. Dennis Schick shares with readers the benevolence and generosity of magicians throughout the world!  He touts that “magicians are amongst the most generous people in the world!”

WAYS AND MEANS by Joe M. Turner presents a very magical production of the 4 Aces called PRAces by Jeff Prace.  This one is a very clever, yet easy production!

Peter Marucci’s SHOWTIME gives readers a very cute effect that is more of a gag and ideal for table-hopping!  He calls it Psydney the Psychic Psalmon – very memorable!

STORYTELLING MAGIC by Ed Solomon presents yet another adventure by DeNomolos. This one is Christmas oriented and a very nice one that can be accomplished with an old prop you might have!

There many wonderful articles, magic items and discussions that will interest any age group or type of magician!

‘Let’s Do Magic for David Oliver’
by Nick Lewin 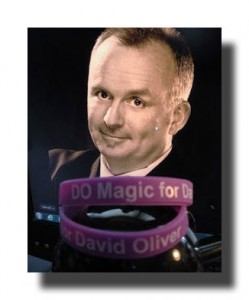 One of my original goals in writing my blog was to talk about the various magicians I have met who have helped and inspired me throughout my magic career. That’s why I called it ‘Meetings With Remarkable Magicians,’ which is also a nod of the head to my spiritual teacher Mr. G.I. Gurdjieff.

One of the things I really tried to stress was how sometimes a brief/chance meeting could cause a huge difference in ones understanding and outlook as a magician. Along our path you sometimes make contact with an individual who just refreshes your life, just with their presence and being. David Oliver is one of those people for me. We haven’t met often, but have a lovely relationship and he is one of those people I wish I lived closer to, so a fully-fledged friendship could blossom. 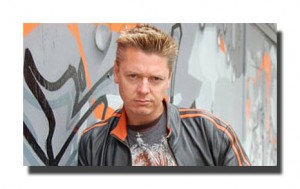 He practices a form of magic called “mentalism” which relies on a keen understanding of human behavior. He grew up in poverty in Salinas in a household filled with drugs and violence. His mother was murdered when he was four-years-old and his father is in prison serving multiple life sentences. His up-from-the-bootstraps story inspired a documentary film, which went on to win a Telly Award. He recently appeared on The Tonight Show with Jay Leno which followed up his guest appearance on The Ellen DeGeneres Show last year. With a compelling mixture of magic and personal history, the San Luis Obispo-based entertainer has been able to break through and form unique bonds with at-risk youth where he devotes a good portion of his time. We catch up with him before he heads off to Japan, where he has been invited to perform on one of their major networks… 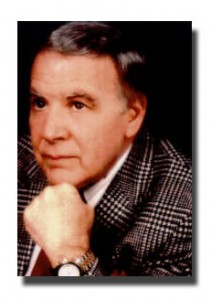 When I first visited with Sandy Singer almost six years ago, it was as if I’d known him for a lifetime.

We met in his apartment at St. Augustine Manor cluttered with DVDs, CDs, posters(mostly of magicians) and books with the talk running from movies, TV shows, music, magic and the places where Singer had been.

Sandy died earlier this week at the age of 81. His engaging way, his zest for life and his many stories are recalled now. 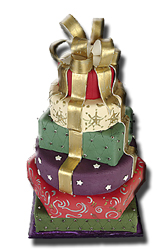