Greetings, it’s dark, gloomy and rainy here in Miami; typical summer weather for South Florida.  For me, however, it has been great. 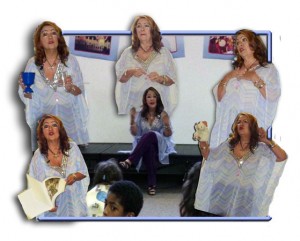 This past weekend was the International Storytelling Festival and it was a complete success.  The audiences were fantastic, the staff was terrific with both talent and guests and the acceptance of the stories presented could not have gone any better.  Thrilled to report that I have in fact been booked for several performances from members of the audience.

They say time flies and that is so true.  This Sunday will be 3 months since we lost my dad, we just passed the 5 month mark since my mom’s health decline started and it all seems like it was just yesterday.  On a lighter note, next month, May, our granddaughter Jiannah will be celebrating her 1st birthday.  She is growing up so fast it is unbelievable.

There has been some buzzing over the internet the last couple of days about a fairly new magic auction website called Magic Junky.   Most of what has come through has not been very favorable about the site.  Wondering if any of you have had dealings with them and/or what your opinions are. 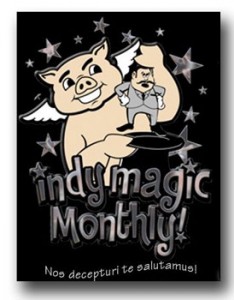 There are so many things going on with Indy Magic Monthly and magic in general in the next month, it’s easier to list them all as calendar entries.

May 11:  The Cultural Trail Grand Opening. IMM has 4 magicians performing on the 4 corners of the trail. Marcus Lehman, Allan Head, Barry Rice, Rodney The Younger 12 N until 5, each magician is performing for 3 hours.

May 11: Front Page and DoIt Indy’s Porch Series with magic by Taylor Martin

July 9:  Steve Hart in his first public performance in Indianapolis in 5 years.

Coming this fall we are proud to present world famous magician and vocalist Jay Scott Berry, Peter Pitchford from Philadelphia, and the return of Indiana’s own Kevin Heller.

Also if you subscribe to Magic Magazine, check out the article on us in the May issue. We thank Stan Alan and his staff for his great support over the years.

May 2013 issue of The Linking Ring magazine,Vol. 93, No. 5:
Editor: Samuel Patrick Smith
Reviewed by Paul A. Lelekis

The Linking Ring has the largest circulation of any magician’s magazine. Members can access TLR at www.magician.org.

Nimrod Harel graces the cover of this month’s issue of TLR!  Nimrod is a magician turned “mentalist” and is one of Israel’s most popular performers.

His inside story titled, NIMROD HAREL, Perception Artist, written by assoc. editor, Jason Goldberg, is a study of his performance perception of Mentalism and his transition from standard magic.  One of his influences is Uri Gellar, famed mentalist from Israel – but Nimrod feels that his form of Mentalism has evolved from this style and provides readers with three distinct phases of evolution.  Very interesting material for those who wish to pursue a career in Mentalism and also how mentalists can command an “extra zero” in their paychecks!  It is also very interesting how Nimrod can employ techniques from magic to produce a very believable mentalism program!

Organizers of this year’s The 2103 I.B.M. Convention in Phoenix this July 17-20 have provided “Eleven Reasons to be in Phoenix This July”!  There are some very nice guides for enjoying this monster of a Convention and some of the stars of magic who are slated to mingle with participants!

Scott Hood explains how to get involved in the I.B.M. Hospital Show program.

OVER THE TOP – Reviews the auction of Cardini’s estate that brought record prices!  You won’t believe the prices that were bid for his personal property!

Keeping Up With Calvert!  What are the new goals of living legend, John Calvert, now at the age of 101 years?

FROM THE EDITOR, the monthly article, by our own Linking Ring editor, Sammy Smith, addresses Four Ways To Handle Stress!  This is a great idea!  Sammy provides us with methods of stress and activity management.  Very important topics for us all!

CUTTING UP JACKPOTS by Bev Bergeron presents readers with a wonderful story of how Bev helped a dying boy from Michigan get his dying wish of attending Disney World and the “strings” he pulled to make this trip the best of his life!

Bev went out of his way to make arrangements for this little boy and with the help of the wonderful members of Orlando’s ring 170, it was the time of his life!

THE KID-SHOW CIRCUIT by Marty Hahne discusses “Ethics in Magic” – specifically, magicians attending the shows of other magicians.  Professional courtesy is a topic not often addressed and is a very important one for magicians to know and learn!

POLISHING THE RINGS by Skip Way relates the tedium of teaching magic…or anything else to children and he presents many methods of  “Creating Champions Through Games”!  That’s right…you heard it!  Skip has some excellent methods of not only taking the drudgery out of learning – but actually providing incentives and focus to the  youths!

For those of you who love to learn new magic will be thrilled with the wonderful contributions of magic, fully explained, in the following columns below:

Paul Osbourne presents TLR with his One- Man Parade!  Paul is the creator of Illusion Systems which helps the home craftsmen construct illusions and many magical props on their own!   He teaches readers Card Sword repairs, an easy method to construct “Poof Tacos” for your Dove pan productions, how to refinish Bottles for your Multiplying Bottles set or your Passé-Passé Bottles!  Also some great ideas for “Drink Pours”, building an inexpensive Rising Card From Hat, The Double Wand Wonder, Magic Tables and other great ideas for building a terrific act on your own!

Michael Thomas presents a One-Man Mini-Parade with NINE more big effects!  This is certainly a great month for magic!  He begins with a terrific trick he calls “Four Dice and Two Little Hats!”  This is a rendition of Marlo’s effect and is a beauty!  Michael has really “tipped his hat” with all nine of these wonderful effects!

Mike Power’s CARD CORNER – This month features yet another nice effect by John Neely which is a variation of my own effect, “Name Any Card”, and is quite a clever rendition that he calls, “Name Any Card Again!”  This effect is a very strong one and easy to do!

WAYS AND MEANS by Joe M. Turner presents a wonderful routine by Georgia Tech Mathematics Professor, Matt Baker called, Gilbreath Poker!  It is a wonderful poker routine that is self-working and utilizes the Gilbreath principle in a very clever way!

Peter Marucci’s SHOWTIME gives us another wonderful effect using the Robin Hood theme.  This month’s offering presents a card sandwich routine…and it is a nice one!

STORYTELLING MAGIC by Ed Solomon – Ed has provided readers with magical and colorful adventure of his alter-ego, DeNomolos called, A Rose of a Different Color!  This is a brilliant story line with simplest of props…yet more magical than can conceive without his beautiful story line.  Bravo Ed!  This one is a true winner!

HOCUS in FOCUS has a team of experts who review many new items of magic so that the magicians of the world may purchase wisely!

The BROKEN WAND pays a monthly tribute to our fellow performers who have passed and celebrates their lives rather than morns their passing.

There are too many items and too much magic in this issue of The Linking Ring for me to list, but every one is world class!

I.B.M. members can access each issue on the I.B.M. Web Portal either by downloading the PDF or by reading the digital version.

For details about advertising in The Linking Ring, contact BJ Hickman at advertising@magician.org

INTERNATIONAL FESTIVAL OF MAGIC ILLUSION AND THE UNUSUAL 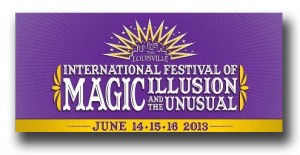 This festival was conjured up in the interest of bringing the best of the best from the world of magic, illusion, and the variety arts to the general public. It’s a festival designed to bring to Louisville what only a handful of people in the world have had the privilege to see. There is nothing more amazing, entertaining, thought-provoking, exciting and fun than watching and being a part of a show where a true artist is applying his or her craft. Like music, dance, theater, there are numerous styles of performances in magic. Unfortunately the general public is usually only exposed to one form of magic and frequently even that’s not performed well. We’re here to change that. Festivals of this sort are wildly popular throughout Europe, Asia and South America, and now it’s our turn. This is the first in the United States of this magnitude.

‘Remarkable Magic and More’
MAGIC, MOVIES, MUSIC and other topics . . . 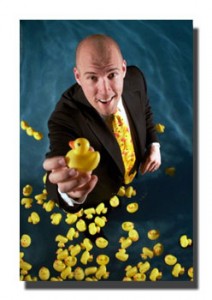 Las Vegas has a lot of magic shows going on, actually there are way to many! However a new one has opened that is well worth your time to visit. ‘Adam London at the D’ is a really enjoyable show, and it is also a bargain. Best of all it will give you a chance to see a relatively new comedy magician who is definitely going to be around for the long haul. There is nothing more satisfactory than being able to boast, “….but I saw him when…” 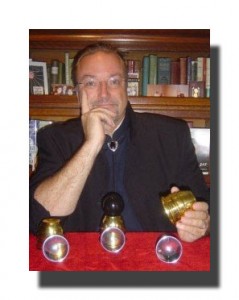 Tom Meseroll — The Martial Magician
Ed. note: This blog was originally presented at Sleights of Mind.

Magicians sometimes perform seemingly impossible feats of memory, for instance, to remember the order of a “randomly shuffled” deck of cards. To accomplish this, they use well established mnemonic techniques, such as the “memory palace” also known as the “method of loci”, in which specific objects (such as cards) are assigned to specific locations in space (for instance, objects in the rooms of one’s house, or along a familiar street). 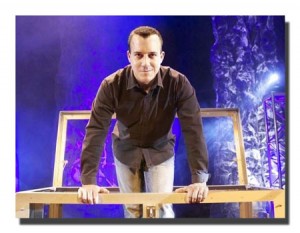 When magician Bill Blagg was 18, he made history by becoming the youngest contestant to ever win the prestigious Abbott Magic Get Together in Colon, Mich.

U.K. – Davenport’s Magic Kingdom, a major new Norfolk tourist draw, will open its doors on May 25. 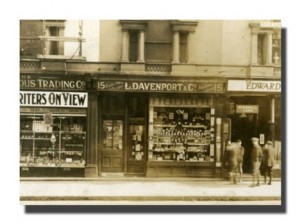 The North Walsham attraction will tell the story of British magic spanning 500 years, from witchcraft to modern conjurers. 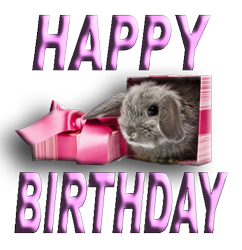