Greetings, it was a short one last week due to the Fourth of July falling in the middle of the week.  Same time last year we were in Palatka as well, last time with my parents and celebrating my father’s birthday, it was a little strange going up without them this year and it was a rough time spending the first year without him on his birthday; difficult to believe but he has been gone five months now. 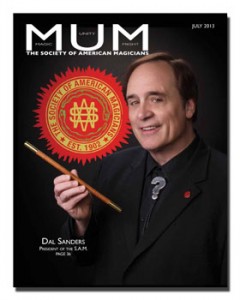 Congratulations to my friend Dal Sanders on being installed as the Most Illustrious President of the Society of American Magicians this past week during the annual convention.

Now to keep an eye on the weather reports and Chantal which seems to be headed in this direction. …. hopefully we will get along without a hurricane this year again.

“I like nonsense, it wakes up the brain cells.
Fantasy is a necessary ingredient in living.”

Congratulations are in order for two Miami magicians on the awards received this week.

The highest award given for Distinguished Professionalism in the Performance of Mentalism, awarded by the Psychic Entertainers Association, the Dunninger Memorial Award was received by Guy Bavli. 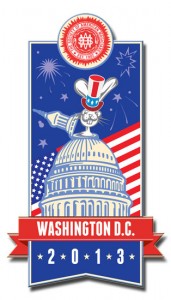 During The Society of American Magicians annual convention held this week in Washington D.C.,  local magician Alberto Lorenzo received the Award of Merit silver medal as well as the People’s Choice Award in close-up competition where he received the high score followed by Chun-Wei Wu (Davio).   Congratulations to both our local performers as well as to the other winners. 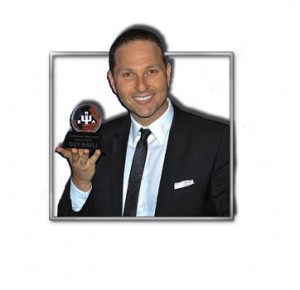 The Highest Award Given for Distinguished Professionalism in the Performance of Mentalism Given by the Psychic Entertainers Association.

Fort Lauderdale, Florida – Master of the Mind®, Guy Bavli, internationally renowned Mentalist, Speaker, and Entertainer was recently awarded the prestigious Dunninger Memorial Award 2013 by the Psychic Entertainers Association at their annual convention held in Chicago.  Bavli, born in Israel and now residing in Davie, Florida joins the ranks of Uri Geller, Kreskin, Derren Brown, and other notable honorees for Distinguished Professionalism in the Performance of Mentalism.

Founded on May 26, 1978, the Psychic Entertainers Association (P.E.A.) is an international organization of about 350 members with a serious and vested interest in the ethical performance of psychic entertainment.  The Psychic Entertainers Association honors outstanding individuals with awards named for prominent practitioners whose lives typified the spirit of the awards they grace.  Its membership is comprised of many of the world’s top mentalists, bizarrists, hypnotists, readers, and allied artists, including full-time, part-time, and retired entertainers.

Named after Joseph Dunninger, known as “The Amazing Dunninger,” one of the most famous and proficient mentalist of all time and a pioneer of magic on radio and television, the Dunninger Memorial Award is a lifetime achievement and comparable to receiving an “Oscar” in the field of psychic entertainment.

“I was delighted to present Guy with this award which is one of the highest honors bestowed by our organization. Guy Bavli, in addition to being one of the industry’s most amazing performers, is also a great creator and magnificent contributor to the art,” says Bob Cassidy, a founder of the P.E.A. and 2011 recipient of the Dunninger Memorial Award.

“It takes a lifetime to earn an award like this, and now it requires even more to live up to the distinction. I am honored, humbled and proud to be a part of the P.E.A. and promise to exceed your expectations,” said Bavli upon receiving the tribute from his peers.

Internationally renowned Mentalist, Speaker, and Entertainer, Guy Bavli takes you on a journey into the mysteries of the human mind. From major television network appearances on NBC, FOX, CNN, the History Channel, Univision, and others to headlining theaters, casinos, cruise lines, and corporate events for top Fortune 500 companies.   For more information, please visit       www.MasteroftheMind.com

Have just received word from Stan that his doctors have confirmed he has a small malignant tumor in the right upper lobe of his lung; it is a stage one.   Because he has had a very difficult time breathing due to having stage four COPD, he can only be treated with radiation.   Normally doctors could treat this with 5 heavy doses of radiation but the tumor is so deep in the lung and is so close to the heart that they will have to give him a total of 26 smaller doses of radiation over 26 consecutive days, only allowing for weekends off.

Stan has asked that we keep him in our thoughts and prayers that this will be successful.

Just a quick note to let you know about two important dates:

1)      The deadline for entering our contests is almost here!  Your application MUST be received no later than June 26! That’s day after tomorrow – YIKES!!!  If you want a chance to go home with the GOLD – get your application in today!

Finally – if you are already registered and between the ages of 18-19, and plan to attend the Lance Burton Teen Seminar – please contact Becki Wells at ibmconvention@magician.org.

See you in Phoenix, where the 85th Annual Convention will be Simply Magical!!! 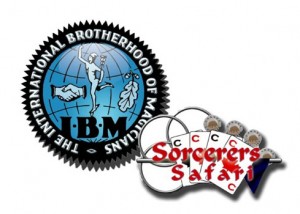 The I.B.M. Endowment and Development Fund provided funds for TWO scholarships to the Sorcerer’s Safari Magic Camp. Two lucky teens, one male and one female, attending the I.B.M. Lance Burton Teen Seminar will be selected to receive these awesome scholarships. The Sorcerer’s Safari Magic Camp will run from August 27th through September 1st  and be held at Camp White Pine in Ontario, Canada.  The scholarship covers all costs while at camp. The lucky recipients will be responsible for their own transportation to and from Toronto – there will be bus transportation from the airport to Camp White Pine located 2 ½ hours north of Toronto. Campers will stay in spacious pine cabins with bunk beds. There is a large mess hall for delicious meals, beautiful swim docks for those hot summer days and the amazing Pinetages Theater for all the magical performances. The facilities at White Pine allow staff to creatively design magic programs which encourage new ways of thinking.  Campers can learn in a non-competitive atmosphere, pursue individual interests and have fun! This year’s special guest will be Justin Flom.  For more information on Sorcerer’s Safari Magic Camp go to their website: http://sorcererssafari.ca/ 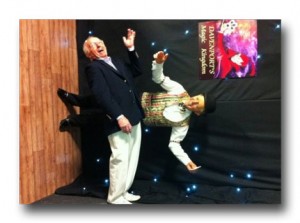 Magician Paul Daniels was one of the star attractions at the unveiling of a unique tourist attraction for Norfolk.

The television performer and his wife Debbie McGee were at the official opening of Davenport’s Magic Kingdom on Cromer Road, North Walsham, today. 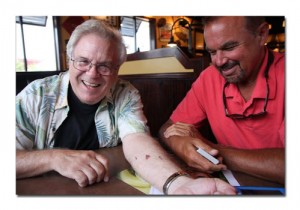 Doug Doolin and Mark Comley get together often and talk on the phone daily. Here, Doolin showed that he had an ace of hearts printed on his arm, the very card the photographer had picked.

Ladies and gentlemen, out of these ordinary-looking words are about to appear two full-size, professional magicians. They’re not just any magicians. One is the “World’s Greatest Magician” (in his price range) and the other is “America’s Favorite Magician.” 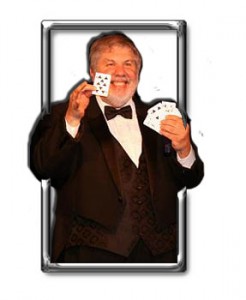 Earlier this week an email went out about the passing of Magic Ian.  Below is all the further information which has been received.  May he rest in peace.

There we will be a memorial service for Ian on

Visitation at 1pm
Celebration of life at 2 pm

There will be no viewing as per his wishes and he will be cremated -friends and family are invited back to our home after the service for refreshments. Any who would like to share a remembrance is welcome to speak.

Would you please pass this on to all the members.

Thank you so much.
Lyn Sutz

The family of Ian Sutz will hold a memorial service in Bushnell, Florida on Wednesday July 10th at 1pm. 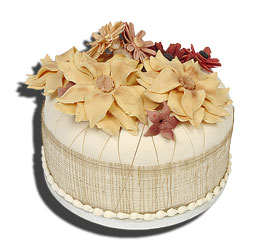