Magic Live 2013 is now a fond memory.  Now, it is time to start making plans for the next one and for the special event being planned for next year by Stan Allen.

Tradition was alive and well at this year’s convention. Attendance was high, approximately 1600 registrants coming together at the Orleans Hotel and Casino for what has been and was again this year an outstanding event. 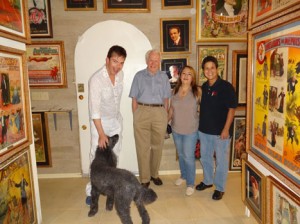 This year, as in years past, Magic Live was a who’s who of the magic world. Sightings of Lance Burton, Kevin James, Gaetan Bloom, Paul Harris, John Cornelius, Penn and Teller, Topaz, Jeff McBride, John and Pam Thompson, the Larsen family, Joanie Spina, and the list goes on and on. 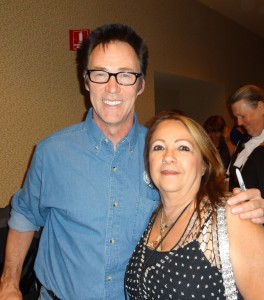 The S.A.M. was well represented by current President Dal Sanders and his lovely wife as well as Past National Presidents David Goodsell, Mike Miller, Vinny Grosso, Mark Weidhaas, Harry Monti and wife Trudy, as well as myself.  Incoming President, Ice McDonald was also at Magic Live and I was very pleased to be able to spend some quality time with him. 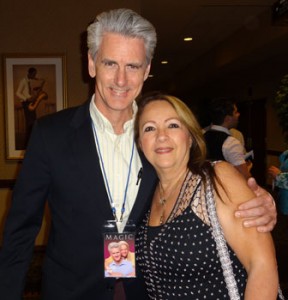 The dealers room was an all you could want buffet of the latest and greatest magic effects, the incredible posters that are always available through Norm and Lupe Nielsen, life size helicopters and large effects from Mike Michaels, the colorful and classy backdrops from Jeff at magicbackdrops.com, a roomful of Owen Magic, Potter and Potter items on auction, the new double book set by Gaetan Bloom was flying off the table, Losander products seemed to levitate out of the booth as purchases were made each time he demonstrated any item, phew….I have only touched on about a tenth of what was there and I am already out of breath. 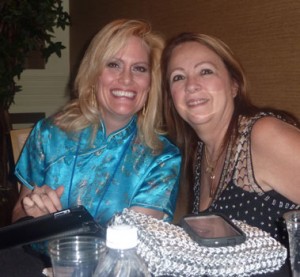 The presentations were strong both in content and quality, and, as in everything, some a little better than others, but, there was something for everyone. This year’s theme was “Friends” and Rory Johnston brought the point home when he stated in his presentation that a stranger is a friend you haven’t yet met and when you finally meet, you are strangers no more.

A synopsis of the schedule and presentations:

Sunday — Registration opened, photos taken for badges.  Everyone invited to Dessert and opening party as well as Dealer’s Room unveiling.

And so ended another great Magic Live 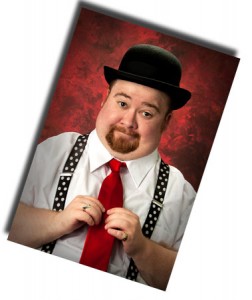 One of the most astonishing things we saw at the convention was the magical transformation of a young man from Cincinnati, Patrick Thernes, who performs under the name of Sir Pat-Trick. Patrick had a dream of becoming a magician; he studied drama and learned magic.  He is fortunate that he is in Cincinnati and is a good friend of Artie Kidwell’s so he has the opportunity to be at the Magic Shop very frequently.  Patrick competed at a few conventions and although he always placed, even winning a first place, he was never quite happy with his act.  He spoke to several of us, Artie, Mike Miller, myself and others for guidance, advice and feedback; I must say he always listened, took the advice given and acted on it.  He then went to one of the best in the business for additional help and guidance, Joanie Spina.  She watched his videos, called and Skyped and worked with him for months to take him from a good act but one which made him look less than what we all knew he could be, to a great act which won him a lengthy standing ovation at Magic Live and a second curtain call by an audience of seasoned professionals who made up the audience of over 800 in the theater. Keep his name in your books and watch out for him….he is going places. Patrick truly “stole the show” at Magic Live 2013! 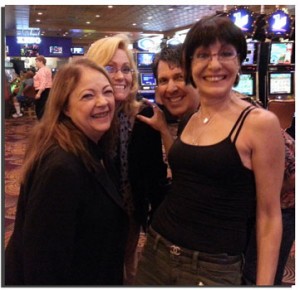 The opening ceremony and unveiling of the Dealer’s Room are always a moment attendees look forward to.  This year was no different and nobody was disappointed.   On a personal level, Simone Marron and myself never made it to the dealers room.  We were busy having fun trading the magician’s cards, matching up the pairs, getting them autographed (only missing Jason Byrne’s signature now) and spending time with Jack Goldfinger, Ariann Black, Ice McDonald and others who came and sat at the table with us.  It was also wonderful to see David Bull and his beautiful fiancée; wishing them both the best that life has to offer and a future full of love and happiness. 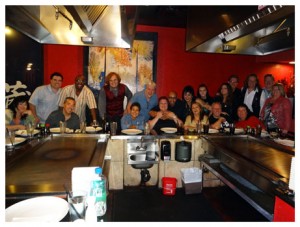 Other than the time scheduled in for lunch breaks, it felt as though we were going through revolving doors and spinning around going from great activity to great activity; but then, this is always the case with such wonderful conventions. 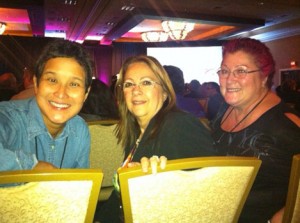 I arrived on Friday morning and was met at the airport by my dear friend Simone Marron.  A quick ride to the hotel and dropping off of luggage, we were off to a quick bite to eat and then off to John and Pam Thompson’s house to pick her up so we could go to Wolfs Comedy Den at the Clarion for a comedy show that our friend Bizzaro was performing in; naturally, it was dinner afterwards and we were together until the early hours.  Such great company and oh, how much fun we ladies had together; it goes without saying that Gracie and Pearl, Pam’s two adorable pups were with us all evening as well. 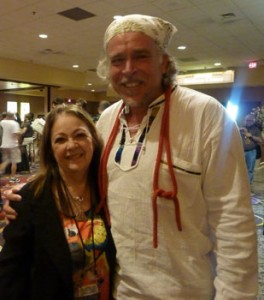 Saturday early we had a quick breakfast and met with Lee Alex to go to the Nielsen’s home for what turned out to be a tour of the beautiful home and poster collection which took more than a couple of hours.  We were then treated to an incredible lunch by Norm and Lupe who are the consummate host and hostess.  Their collection of magic and posters is one that I feel very fortunate to have had the opportunity to see first hand.  I thank them both from the bottom of my heart for having shared it with us. 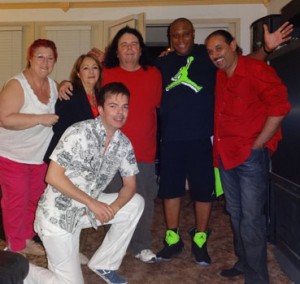 The days in Vegas were filled with special lunches and dinners as well as breakfasts shared with friends, old and new, each of which seemed more special than the last.   A dinner at Christian Diamond’s home was a treat as Simone, Lee Alex and I were invited not just to a barbecue at his beautiful home, but also to spend time with Justin Tranz and Steve Brooks of the Magic Café.  Between the company and the meal, the hours we spent together are memorable and special; thank you Christian for making them possible. 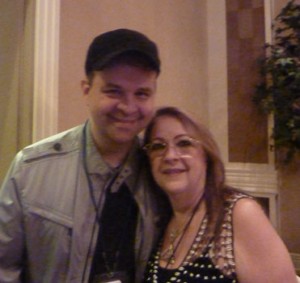 There are so many people I need to thank for making this trip special and memorable that I don’t know where to begin…Simone Marron, Ariann Black, Irene Larsen, Christine Posch Koch, Ice McDonald, Lee Alex, Christian Diamond, Steve Brooks, Pam and Johnny Thompson, Norm and Lupe Nielsen, Bill Cook, Patrick Thernes, Doug Anderson, Tim Wise, Jeff McBride, Eugene Burger, Bryce Kuhlman, Abbi Spina, and the list goes on and on to what would take encyclopedic volumes for me to list.

This my friends is a short synopsis of my findings and impressions of Magic Live 2013 and I leave you with this thought…..I am getting ready for the next one and hope to see you there!

Stan Allen and his staff pay attention to the most minute of details.  From attention to keys personalized just for the convention to the custom printed “do not disturb” signs for the doors, not a single detail went uncared for.   Kudos to Stan and the rest of the staff for a well organized and smooth running convention. 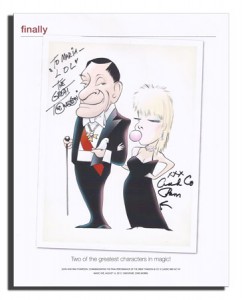