Greetings, first thing being first, a very Happy New Year to each of you.  May 2014 bring you and your loved ones nothing but great things with much health and happiness included in monumental quantities.

For us the holidays were a rollercoaster of emotions….the first year without my dad….my mom not doing well….just a not as happy as other years time but we could be thankful that we were with our sons, daughter in law and the grandchildren. 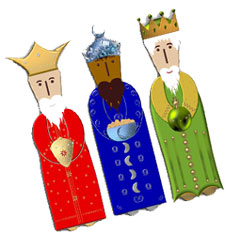 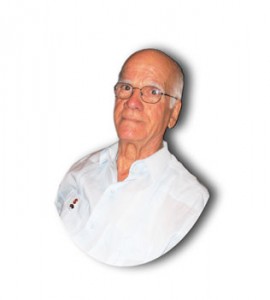 My dear Montejo would have celebrated his birthday this week and although he is no longer with us physically, I know he is an angel who watches over me.  Happy birthday to you in heaven my friend and I will hold my hugs until we meet again.

“Fantasy is a necessary ingredient in living, it’s a way
of looking at life through the wrong end of a telescope.”

Magic is alive and well in Miami with some exciting things coming down the road in the next few months so be on the lookout for some truly innovative ideas to be implemented thanks to some great minds coming together to make it happen.

Note from editor:  the number 13 is not always unlucky…..just read below.  Congratulations Paul! 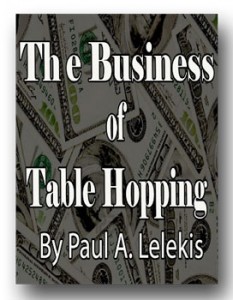 I have a new e-book out (my 13th) It is an e-book covering every aspect of table-hopping plus magic for performance.

This e-book will make life much easier for such performers and those who wish to pursue this very lucrative career!

I have attached my e-book to this message, it costs $10.00 and can be found at Lybrary.com at the following link: 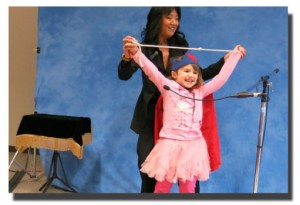 A 6-year-old magician known as “Magic Lucine” performs a rope trick at a show at Bloorview Kids Rehabilitation Hospital, part of a program that incorporates learning magic tricks with rehab. Magician Julie Eng, who started the Ny Magic Hands program 10 years ago, was on hand to assist.

Presto! Change-o! Magic is all about transformation.

The performer talks starring in the off-Broadway magic show he cocreated with Derek DelGaudio. 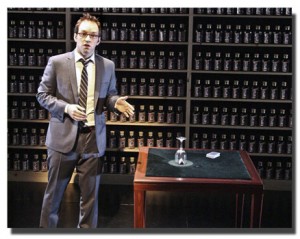 Helder Guimarães in Nothing to Hide at Signature Center.
Photo: © Michael Lamont

Helder Guimarães isn’t a headlining name most audiences would recognize, but in the world of magic, this 31-year-old is well on his way to becoming a legend. The Portuguese-born Guimarães was awarded the title of Parlour Magician of the Year by the Academy of Magical Arts for three years running, World Champion of Card Magic by the Fédération Internationale des Sociétés Magiques, and the Ascanio Prize by Sociedade Española de Ilusionismo. He is the only person in history to have all of these major awards. 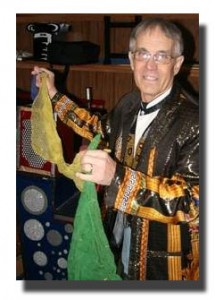 James Locke, aka The Great LaDini, is all but
disappearing from show business after 50 years as a magician.
(John Nolan/Times photo)

FARMINGTON — “I am 98 percent retired from show business,” said James Locke, aka James LaDini, The Great LaDini and Zing the Clown, as he looked back on his lifetime career as an entertainer. Disappearing venues, health complications and advancing age are all contributing factors.

I wanted you to know in case you didn’t, and to help spread the word: I handle the advertising for The International Brotherhood of Magicians (The Linking Ring Magazine and www.Magician.org). I have another email newsletter list of Advertisers and Advertising Prospects that you are welcome to join.

Every month, I send an email with advertising availability info, special offers, and reminders to advertisers about deadlines, etc.

If you want that email every month, or want more information about advertising in The Linking Ring, please send me a note, BJ@BJHickman.com. Rest assured, you are not going to get that email unless you let me know you want it, so don’t unsubscribe to this email, just let me know if you want the International Brotherhood of Magicians Advertisers email.

Thanks! and Happy New Year!

The 50th anniversary of the Florida State magic conventions is only five months away. If you haven’t already done so, please register TODAY. Print out the form found  at www.fma50th.com and mail it to Lynn. Registering early will provide you with additional information that Registration Chairman Lynn sends out every month….for those who have already registered. And, speaking of which, it is a daunting task at the Registration Desk if you decide to register (at) the convention. Badges have to be made out, envelopes have to be stuffed and (verbal) information has to be explained to each who have not pre-registered. And that creates long lines. So please register asap.

Banquet: Since we are limited to 150 attendees for our banquet, 60% are already gone. This will be a first class (served) banquet where the awards will be presented and a cabaret show will be performed. Lynn has designed a beautiful souvenir menu/program  and table center pieces. Also, if you attend the banquet and have special dietary requests, please let Lynn know on your Registration form. Also, bring something nice to wear at the banquet. This night will be a classy night to remember.

Hotel: As of this date, 50% of our contracted hotel room block has been sold. Yes, you can still get a room once our “block” has been sold but it will cost you more so, do yourself a favor and book that hotel room asap so you are not disappointed and make sure you tell the hotel that you are with the convention for our $89. rate.

Convention first night: The convention kicks off at 4:00pm on Friday, May 23 and will conclude either at midnight, Sunday, May 25 (or possibly noon , the next day). There will be lots happening that Friday night as our 3-hour party will be taking place inside the large dealers room, which by the way, is open (7:00pm-10:00pm) for ANYBODY as our appreciation to the dealers. So, even if you don’t register for the convention, come on by and join the fun at the party. Next month we will be telling all that will be happening the first night of the convention.

Finally, take a look at the terrific talent line-up at the www.fma50th.com web site. And there are four or five more performers to list as soon as we hear back of their availability.

Kerry is a professional comedian / magician who has headlined resorts and casinos as well as corporate events throughout the country for over two decades.

His clean, original approach to the art has contributed to a refreshing and very entertaining full evening show. Audience participation is the icing on the cake. And better yet… every piece is a corner piece!

“My goal is to keep them laughing, have them wondering, and be 100% comfortable with my show even if my mom were in the audience.” says Kerry.

A former engineer and the founder of Wireless Wizardry Inc., Kerry has combined his expertise in electronics with his showmanship to create props and illusions for top names such as Disney, Penn & Teller, Harry Anderson, Lance Burton, Amazing Jonathan and others.

“Kerry has instant rapport with the audience. His forty minute set was most entertaining; and the audience loved what he was doing.” Whoot Magazine, Atlantic City

“Relaxed, witty, professional who knows his trade and can gauge his audiences. He does a standup act for nearly one and a half hours which is no mean feat when you consider he had us laughing all the time.” Caymanian Compass

Oscar Muñoz has earned a Doctorate in magic from the FFFF Fraternity in Batavia, N.Y. Oscar brings more than 27 years of experience as a professional motivator speaker and master comic magician.

He is known throughout the state of Texas as the leading specialist in the field of educational and motivational magic shows for students of all ages and grade levels.

Oscar has also appeared on TV, been published in numerous magazines, and lectured for organizations world-wide, and was recently the first American to receive the International Children’s Entertainer Championship in Blackpool, England.

At the convention, Oscar will perform on stage, perform Close-up as well as lecture. 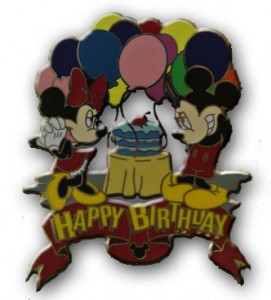