Greetings, this was a difficult week for us; the 1 year anniversary of the loss of my father, performing a Broken Wand ceremony for one of our local and much loved members, fighting a terrible cold…..just a very busy and crazy week. 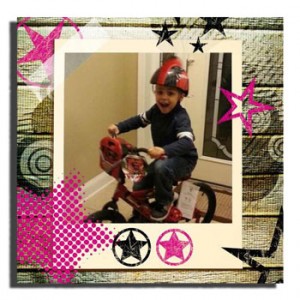 On a good note, tomorrow our wonderful grandson will be 5 years old and we could not be happier or prouder of the fine young man he is growing into.  We drove up to Palatka this weekend for a little get together and cake cutting for him.  It’s always a blessing and cause for happiness when we get to spend time with them, even if it’s only a few hours.

“True friendship never questions what it costs you.” 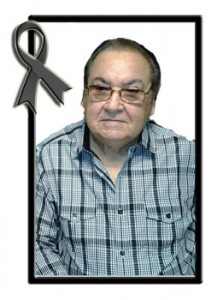 Many magicians in Miami came together this week to pay their respects to one of our own who passed away suddenly.   Carlos Rafael Aguilera performed under the stage name of Mago Carline.  He and his family have a long and rich history in magic and he is one of three brothers, all of them magicians.

He was preceded in death by one of those brothers, Yarine, who was also well known in the latin magic circles not just in their native Cuba but also in South Florida.  He was survived by his wife and performing partner for over 50 years, Raquel, sons and daughters and a very large family of brothers and sisters including the third of the brothers in the magic field, Genovebo Aguilera who performs under the name of Codine.

A broken wand ceremony was performed at the funeral home, at the request of the widow and brother, by Maria Ibáñez, Past President, Society of American Magicians.

May he rest in peace. 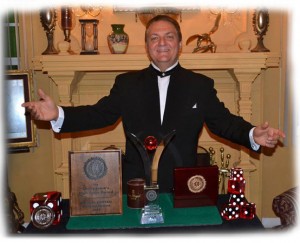 Congratulations to Alberto Lorenzo on being selected to compete at this year’s I.B.M. – S.A.M. combined convention. We are proud of his accomplishments so far and are in his court to cheer him on with this competition which he has been selected to be a part of, and only fifteen magicians will be selected to do so – this in and of itself is something to be proud of.

Is coming to South Florida Wednesday February 19, 2014 at the Coral Springs Center for the Arts.

For more information and to buy tickets you can go to this web site: 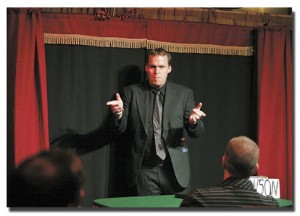 It happens every third Thursday of the month. A room inside The Olive, a Mediterranean restaurant at 3850 E. Sunset Road, is transformed into a dimly lit chamber filled with belly dancers, magicians, tarot readers, painters, musicians and the smell of hookah.

For $10, people are transported to the magical world of Jeff McBride’s “Wonderground.” It’s a place where artists engage in color therapy, magicians interact with audience members and local and international performers show off their talents. 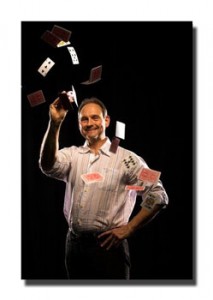 Millard Brooks, a Naples anesthesiologist, will be the opening act
at Comedy Two Nite, a combo magic and comedy show next week.
But don’t expect him to look like this, as he has a redneck character
who likes to come out and play with audiences’ minds.

NAPLES, FL – Dr. Millard Brooks can give you laughing gas to calm your nerves before a surgical procedure. The long-time Naples resident can also make you laugh uncontrollably without a single injection or ever laying a hand on you.

When he’s at work, the anesthesiologist puts on a clean, crisp white lab coat and places patients in a deep sleep, preparing them to go under the knife.

“The American Museum of Magic on Stage!” Magic Show 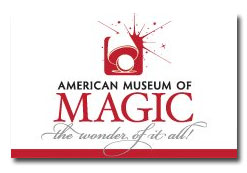 The American Museum of Magic – On Stage! – Marshall’s own world-famous museum is honored by the local magicians who exchange secrets there each month. Join us for a fun-filled historical tour of the world of magic, through the eyes and talents of the members of Neil Foster Ring 89 of the International Brotherhood of Magicians. The American Museum of Magic was founded in 1978 by the late Robert and Elaine Lund, who were great friends to the world of magic and to several of those who will appear on stage during this affectionate, exclusive magic show. Through an audio-visual presentation, audiences of all ages will learn about many of the vital big names of the past, and experience a *live* tour of the magical tricks and illusions that inspired the local performers who’ve made magic their avocation and art.

HAND IS QUICKER THAN THE EYE 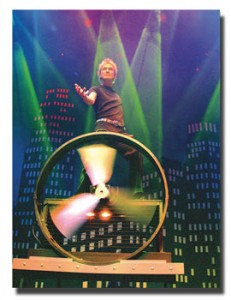 IOWA – Once Kevin Spencer finished college he had a decision to make: Should he pursue a career in clinical psychology or become an illusionist and magician?

The safer choice would have been that spot next to a couch with a notepad replacing the magic wand. Instead, Spencer has spent the last few decades touring the world with his wife, Cindy.

For over twenty-one years, the Society of American Magicians Magic Endowment Fund has awarded full tuition scholarships to promising young magicians between the ages of 10 and 18 to attend facilities focused on the magical performing arts.

The S.A.M. has awarded over $125,000 in scholarships over the years to support magic education for our youth.  Scholarships are available for either Tannen’s Magic Camp in Pennsylvania (July 12 – July 19) or the Sorcerer’s Safari Magic Camp in Toronto, Canada (August 15 – August 20).  The Magic Endowment Fund realizes the importance of the magic arts in the lives of youngsters.  The development of magical skills and respect for the art of magic can help them gain a positive mental attitude and become more confident in themselves.  Candidates must be able to demonstrate talent and dedication to the magical performing arts discipline.

Applications may be obtained by writing to the S.A.M. Magic Endowment Fund, Trudy Monteith, 803 Sherwick Terrace, Manchester, Missouri 63021, or by e-mail, stating your mailing address, to TrudyMonti@aol.com.  A copy of the application may also be downloaded from the S.A.M. website, www.magicsam.com.

Can you believe the talent already booked?