Greetings,  looking out our window today you could not tell that Spring has arrived.  It is dark and gloomy and there is an eerie look of storms on the way. 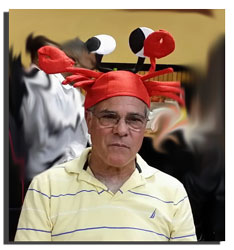 We had a wonderful weekend celebrating Jay’s birthday at Epcot and spending time with our “BFF”s (best friends forever) Clem and Jean Kinnicutt as well our son, Jessiann and Zara.  The original plans were to take Jay to dinner at one of the countries in Epcot, however, he decided that he really wanted to go for dinner at the Lobsterfest for an all you can eat lobster meal.  That is precisely where we took him on his actual birthday which was Friday; we spent Saturday at Epcot. 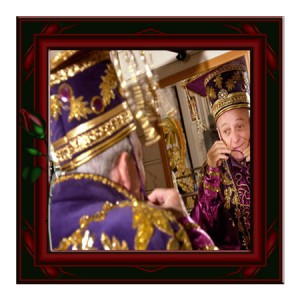 Today marks the 2nd anniversary of the passing of my dear friend and mentor, Cesareo Pelaez.  If you are on the mailing list to receive this newsletter then you received a separate email today about Cesareo and his passing so I will not repeat myself other than to say…rest in peace my friend until together we can say “viva la magia”.

“People who do not understand you will never settle for any proof, and people who appreciate you do not need any proof. ” 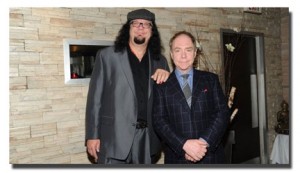 The silent half of Penn & Teller went to great lengths to pursue a Belgian entertainer who posted a copycat illusion on YouTube, and the case resulted in an entertaining ruling.

Teller is widely known as a great magician, but he has just pulled off a feat that is without equal among his peers. He has prevailed in a lawsuit against another magician who put up a copycat illusion on YouTube.

Captain Jim: It’s a pirate’s (and magician’s) life for him

Photo: ROB BROWN/News & Record
Jim Light, aka Captain Jim, has made lemonade from lemons
after a motorcycle accident led to a partial amputation of his
right leg in June 2000. Light now performs magic dressed as a pirate, complete with a peg-leg prosthetic. He’s shown here performing at Westover Church for a youth group, Sunday,
March 9, 2014

Captain Jim strolls through the carpeted dining room of Ham’s Restaurant, searching not for treasure, but for children.  They’re looking for him, too. 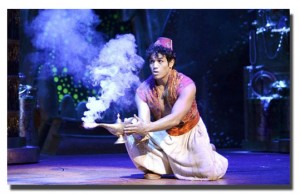 When magician Jim Steinmeyer offers guests a drink they cannot be sure what they will get. One of his tricks is to pour a variety of different coloured, multi-flavoured drinks from the same container.

Since he first created it for television, it has become a popular party piece for those in the know.

But when he poured water from a jug for me in his kitchen, it was just iced water. Disappointingly, there were no tricks. Although, as someone who has spent his life devising and creating illusions, Jim has plenty up his sleeve.

MOST MAGICIANS IN A MAGIC SHOW

Most Magicians in One Show

On August 6, 2014 American magicians will break the Guinness World Record for Most Magicians in a Magic Show. The current record of 106 magicians was set in Germany in 2012.

According to the Guinness World Records headquarters in London, each magician must perform for one minute. So, all you have to do is perform for 60 seconds. You can, of course, stick around to meet hundreds of professional magicians here in Colon, which The U.S. Congress recognizes as the Magic Capital of the World. (See Congressional Record, Page 12334, August 02, 1991.)

Participation in the attempt to break the Guinness World Record is free. This means we can’t pay you because we won’t be receiving money from the event. But, hey, why not do it anyhow? We anticipate national and international media coverage.

Sign up at www.mostmagicians.com If you can’t come to Colon, Michigan on August 6, 2014, you can still participate. Spread the word to your fellow magicians. Email us a short video as an inspiration to fellow magicians and we’ll promote the hell out of it.

MAGIC TOOLS OF THE TRADE

This is not another book of Elmsley Counts and double turnovers!  Paul A. Lelekis has written an e-book of not only over 20 of the more advanced sleights that should be in every card man’s repertoire, but also 12 excellent tricks using these sleights and a bonus effect!

Paul has also included 12 videos of him performing these sleights so that every nuance is explained as well as their best uses!

Learn a very little-known secret of Dai Vernon’s to make your Classic and Jiggle Passes lightning fast!  These are also explained in the videos.

Tons of effects and information to make you the best card magician possible!

Got to link below at Lybrary.com:
http://www.lybrary.com/paul-a-lelekis-m-163788.htm

Learn Paul’s hilarious, multi-stage, Cups & Balls routine that ends not with a double…but a TRIPLE climax!  This routine has been in Paul’s repertoire for almost 20 years.  All the sleights are easy to do ending with an unbelievable climax!

As an added BONUS is Jim Canaday’s amazing routine, “Brainwaved Oil & Water”…using only 8 ordinary cards!  This routine is a beauty!

This is just a short note. Sitting around in a hospital bed for a week is not the way I thought I would spend a vacation.  On the other hand, breathing automatically is certainly under rated and infinitely more enjoyable than not breathing. Can I have an Amen to that… I would like to say thanks to all of you that dropped me notes for a speedy recovery. Glad to say that I am back to normal and MAGICIAN’S LIFE will resume again tomorrow — with an updated masthead (see above) I might add. I had to do something other than watching soap opera’s, The Price Is Right and Ellen. 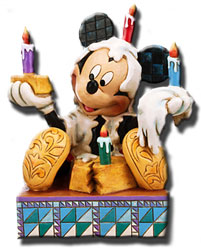