Greetings, the day is beautiful today and it seems more like a beach, summer day than it does a spring day.

With this issue I would like to take a moment to wish a very Happy Mother’s Day to every mother and to  the mothers in your lives.  Jay and I are so very blessed to still have our mothers with us even at an advanced age of 91 and 89 respectively and I feel doubly blessed by having two sons and two wonderful grandchildren.

“Many of life’s failures are people who did not realize
how close they were to success when they gave up.”

Magic is buzzing and humming in Miami!

Magical friends are meeting at least weekly, plans are in the works for what will be a trip to provide entertainment, lectures, workshops and magic to needy magicians in another country; a convention is in the works for the very near future and magi are being contacted with regards to these events.  Stay tuned friends….much more to follow in future issues of this publication.

James Randi, a Toronto-born magician, has dedicated his life to debunking the illusions of the paranormal. 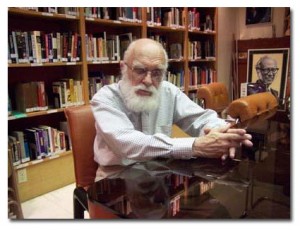 James Randi, an 85-year-old conjuror, is the world’s leading debunker of psychics. He speaks to the Star about the difference between magic and mystics. “An Honest Liar,” an intimate documentary on Randi’s life, is showing at Hot Docs. 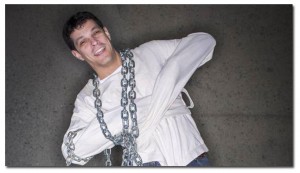 Master of the escape, conqueror of chain-wrapped contraptions, self-liberator from handcuffs and jail cells – and from his own humble roots – the great American magician Harry Houdini met his match on Canadian soil: blows to the stomach – in the dressing room of the Princess Theatre in Montreal – that, the story goes, killed him a few days later. 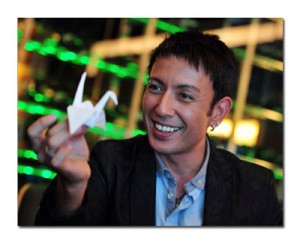 Cyril Takayama heads to Rio for some fun
street magic in his latest collaboration with AXN.
ASHRAF SHAMSUL/theSUN

CYRIL Takayama teams up with AXN once again and this time, he adds some samba to his magic.

The street magician became a star when clips of his magic acts in Japan went viral a few years ago. Following that, AXN produced a special series called Cyril Simply Magic which took the magician and his street magic around Southeast Asia, including Malaysia.

Congressman, the Hon. Pete Sessions (R) of Texas recognized in remarks for the Congressional Record (page E 586) that magic is an “Art” and spoke of the role played by the Society of American Magicians in elevating and advancing this art. His recognition mentions S.A.M. presidents Dal Sanders, Houdini and Thurston and Ambassadors Harry Blackstone Jr. and David Copperfield.

Since the 1960’s the Society has been trying to get Congressional Recognition of “The Art of Magic”. Many Governors and Mayors have given “Magic Week” proclamations but the Federal Government rejected some of the requests as “frivolous”.  The political system and the government shutdown set us back for a while.  Through the efforts of President Dal Sanders and S.A.M. member Mayor Eric Hogue of Wylie, Texas, a personal meeting was arranged early in April with Congressman Sessions which resulted in this action. Other congressmen have promised to help us in the future with assistance in procuring Federal Arts Grants.

Here is a copy of the text

HON. PETE SESSIONS OF TEXAS
IN THE HOUSE OF REPRESENTATIVES
Monday, April 28, 2014

Mr. SESSIONS. Mr. Speaker, I rise today on behalf of one of my constituents, Dal Sanders, National President of The Society of American Magicians, to recognize magic as an art.

The art of magic has been around for centuries and is intended to entertain audiences with the staging of tricks and creating seemingly impossible illusions. Throughout its history, magic has grown to show innovative and creative ways to delight and engage audiences worldwide. It takes a great deal of dedication and a strong work ethic to devote the practice time necessary to master this art.

I would specifically like to take this opportunity to recognize the world’s oldest magic organization, The Society of American Magicians, S A M. Since its founding in 1902, The S.A.M. has attempted to elevate and advance the art of magic by promoting an environment for magicians worldwide to come together and share their passion. The S.A.M. members follow in the footsteps of renowned magicians Harry Houdini and Howard Thurston, who each served as national president of The S.A.M., and Harry Blackstone, Jr., and David Copperfield, who both have served as The S.A.M. ambassadors.

Mr. Speaker, I ask my esteemed colleagues to join me in recognizing the art of magic.

This is  going to be a SELL OUT convention very soon.

To register go to: http://ibmsam.com/registration/

The following dealers will look forward to welcoming you at their booth
at the IBM/SAM Combined Convention in St. Louis.

Save A Chicago Magic Landmark
by Neil Tobin

There’s a magic landmark in Chicago that’s in danger of demolition, and local magicians are trying to get a letter-writing campaign off the ground to help save it. Here’s the story: the building at 1800 Halsted that once housed the original Schulien’s is at risk of being demolished
and is on the official list of Most Endangered Historic Sites in Illinois.

You know the name: for over four decades, Matt Schulien held court at its bar and pioneered what would be known as Chicago-style close-up bar magic. Books have been written about his contributions to the art. Magicians like Doc Eason and Bill Malone have carried his legacy to
audiences throughout the world.

Local performer David Parr has been working with a grassroots preservation group to save the building, but they can’t do it alone. Even though Alderman Michele Smith is on our side, she needs more ammunition to help persuade the developer of the site’s significance.

Could you please invite your readers to send emails to Alderman Smith informing her as to why saving this historic site is important to the magic community? She can be reached via her assistant, Matthew Allee: Matthew@ward43.org

For further information about the issue, here’s a recent article- 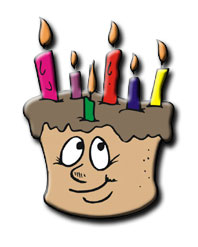