Greetings, modern day and communications never cease to amaze me…here we are, on I-95 somewhere in South Carolina heading home to Florida after a few glorious days in Virginia visiting our son Orlando, and I am typing away on a computer, fully connected to the internet via the air card, receiving messages, taking phone calls and one could almost say “business as usual” while Jay drives and our doggies sleep on their pillow….this is indeed a marvelous century and time we live in.

The trip to Virginia was fantastic! We spent all day Friday driving up, leaving Miami at 6:00 am and arriving at 10:30 pm to a very happy son who greeted us with open arms into his lovely apartment. The next three days we spent doing the sights with him, we visited the base, went shopping at the Exchange, had lunch on the road with him and met his closest friends up here, Tina and the family because her husband is currently on orders elsewhere. All this driving through a beautiful white winter wonderland reminiscent of a Currier and Ives postcard. Funny, when we met Rylan, his friends two year old son, he was asking for more ho ho ho; seems he associates snow with Christmas and the happy days spent playing out there before dad left on orders. He will get his wish because they are predicting another terrible winter storm to strike this week once again freezing and snowing in the area.

My apologies for getting this issue out a day late but I know you understand how hectic a few days we had and how much we wanted to spend time with Orlando. There are however many tidbits of information and news that must go out and so go out they will, in this issue. Pictures of our trip will follow next Monday once I’ve downloaded them into the PC and processed them….the Smithsonian? The White House? The Marine Corps Commandant’s House? 8th & I Barracks? Too much to decide which to save and which to share but share we will come Monday.

“WHAT ARE YOU DOING TO SUPPORT YOUNG MAGICIANS?”

This is the closing quote on the below article on making your children disappear….a must read article on magic and its future.

Joseph Young 1st Place and The Gold Medal Champion of Stage Magic for his Rubik’s Cube Manipulation Act. I am told he is the only person ever to win this award twice, once in 2004 and now in 2010. Congratulations Joe on your award.

Local illusionist Alexander Blade is a close personal friend of Fernando Keops’ and hosted him in his home on Fernando’s way to shows in Colombia. While here, Fenando visited the club and treated the attendees to his magic which was, as it always is, flawless.

Fernando and Alexander are scripting and working on a few different shows which they will be presenting to audiences in the very near future.

A return visit is expected in the next couple of weeks and we are in negotiations to have Fernando lecture for the Magic City Conjurers club in Miami, the date will be announced once his itinerary is finalized. More will follow on this in a future issue.

FLORIDA MAGICIAN ON COVER OF MUM

David DaVinci, Florida magician, is the cover of MUM and is featured in a an article in the magazine.

David is from Central Florida and has been touring and is the “top of the big top”!

Congratulations David both on your show and your cover.

NEW YORK, NY.- David Zwirner presents Diana Thater’s sixth solo exhibition at the gallery and the New York debut of a major new film work. Adapting its title from anthropologist Claude Lévi-Strauss’s seminal text, The Savage Mind, in which he wrote, “art lies half-way between scientific knowledge and mythical or magical thought,” Between Science and Magic fuses the magic of illusionists with the magic of cinema.

An installation comprised of two looped side-by-side projections, Thater’s film is based on the iconic image of a magician pulling a rabbit out of a hat. She began by filming the acclaimed magician Greg Wilson, resplendent in a vintage formal top hat and tails, performing this trick alone on a white film stage. Thater then projected that footage onto the screen of the Los Angeles Theater and re-filmed it in the environment of the old movie hall. Built in 1931, this historic theater is one of the last and most ornate movie palaces remaining from the early part of the century. Still standing on Los Angeles’s now defunct “theater row,” the venerated cinema is a gilded remnant of Hollywood’s golden era. The theater is of the same vintage as the magician’s style, his costume, the trick, and the grainy film projection. All work together to form an image of “illusion.” READ MORE:

Mystique Dinner Theater’s Move to Boise Was Two Years in The Making
BY DANA OLAND – doland@idahostatesman.com

Walking into Mystique, you might think you’ve entered into some kind Disney-like theme park, or the set for the next “Scooby-Doo” installment.

Wrong on both counts.

Mystique, the newest addition to both Boise’s dining and theater scenes, is an interactive dining experience that blends gourmet food and environmental theater with intimate shows by some of the best working sleight-of-hand magicians.

Most entertainers crave your affection. The Amazing Johnathan flips you off. More than once. The flip flips the basic balance of power — or at least levels the playing field — and is key to the durable comedian’s genius. Insult comic Vinnie Favorito also goes to war with his audience, but there the audience has no chance. With the Amazing Johnathan it’s more a tug of war.

Part of the joke is the unhinged comedian is not always in control of his stage. Sometimes he wins, sometimes we do. And when we do, he shakes a voodoo-skull rattle at us and says, “You think that’s funny, huh? Enjoy your car accident.”

Magicians and conjurers are emerging from the shadows and into Sydney’s night life with two skilled masters challenging their art and the public perception of magic.

Terence Brabazon and Adam Mada are two young conjurers from the new school of magic who shun wands and cringe at the thought of children’s birthday parties.

“People want something new,’’ Brabazon said. “Ninety-nine per cent of people have never seen a real magician in the flesh. I’m not talking about people who entertain at kids’ parties but magicians who perform for mature adult audiences.”

ROGER MILLER TO BE HONORED

“My mother always said I had a hobby of having hobbies,” Miller said of his rich life.

That life is about to be put on a pedestal and shown in all of its facets as Miller prepares for the Bonner Springs Rotary Club’s “roast” of him on Saturday, Feb. 27.

WANT YOUR KIDS TO DISAPPEAR FOR A WHILE?

POMPTON LAKES — Magic lurks in downtown Pompton Lakes. Behind the facade of one of the quiet storefronts is a shop that aims to be about magic, fun, and potential. That shop is The Wonderfun Shop, owned by Scott Morley and Britni Orcutt.

Billing itself as a purveyor of “magic, costumes and entertainment,” it has become a mecca for magicians all across north Jersey.

Morley, who has been performing magic for 26 years, is passionate about magic, and also about the work they have been doing at the shop.

COMEDIAN-MAGICIAN REACHES OUT TO TEENS ABOUT EATING DISORDERS

Close to 10 million women in the United States struggle with an eating disorder such as anorexia or bulimia, with millions more battling binge eating disorder. Despite those staggering figures, many young women are unaware of the devastating physical and psychological effects an eating disorder may inflict on their bodies.

Becky Blaney, a local comedian-magician, is also a member of the School Health Advisory Committee, and she will taking that message to schools, in the hopes of preventing teenagers from falling victim to the pressures that lead to eating disorders.

One winter evening in London in 1921, the magician P.T. Selbit strode on to the stage of the Finsbury Park Empire, accompanied by the glamorous Betty Barker. After placing Barker in a coffin-like box, Selbit invited members of the audience on stage to hold the ropes threaded though holes in the crate and which were attached to her wrists, neck and ankles. Then, before a hushed house, he attended to the grisly business of sawing the crate in half. The illusion created not only a sensation but the enduring presence of the magician’s lovely assistant – someone who smiled serenely, no matter what torture she was subjected to.

Franz Harary will be performing his illusion show on Saturday, February 27th, at UF in Gainesville.For more information, go to:http://illusion.mbhci.org/event_info.html

Our next meeting is our Annual Auction March 2nd. Clean out the drawers of stuff you haven’t used in years, or may never have used and bring to the auction to convert to CASH. If you have items to sell you must provide your name on each item so we know whose item we are selling. NO NAME – NO SALEThe club is not taking a percentage of each sellers total, but we are charging each seller $5.00 to register for the auction. The auction will start at 7:00 PM and buyers must obtain a bidding number to participate. We will allow a short Flea Market prior to the auction, 6:00 to 6:45 PM, with a $5.00 fee being charged to sell in the Flea Market as well.

THIS AUCTION ALWAYS PRODUCES SOME INTERESTING ITEMS, SO DON’T MISS OUT .

Tony Dunn wants to give away 7 boxes of various magic magazines. He will not bring them to the auction, but they are available for pickup at his home. Please contact him at 239-877-3063 if you are interested.

Craig says, “Please send out this message to all your magical friends. We need to get this message out to the magic community. We have guests attend from all over Florida….It’s a great one day magic event. Only $10 to attend.

All day fee of $50.00 in advance, $60.00 at the door, includes admission to the Flea Market, lunch, lectures, close-up and cocktails show, dinner with complimentary wine and evening show. Dinner and Show Only: $35.00 per person in advance, $45.00 at the door.

Note: performers will include, but not be limited to, the award winning magic of Dan Garrett; Docc Hilford, and is being MC’d by Fantasio.

The time to register for one or both of the national conventions is NOW……time is running short and you do not want to be someone who regrets not having gone once you hear how wonderful they were. It takes just a moment to visit the websites and register on line so please do so now because before you know it they will be here.

By now you might have heard that Tom Mullica is in the hospital and going through a very difficult time as he is undergoing chemotheraphy. Please put him in your prayers and take a moment to send him your get well wishes and support to:

A sad and very heavy heart reported on the passing this week of our friend and beloved local magician, Steve Zudeck who succumbed to a heart attack. Here is the information received from his son and their address should you wish to send condolence notes.

I regret to inform you of the passing of my father, Steven Zudeck.

Yesterday, my father suffered a heart attack that took his life last
evening.Your name was included in his email address book directory and
I therefore felt it important for you to learn of his passing.

Our family will be sitting Shiva Wednesday and Thursday at my parents home: 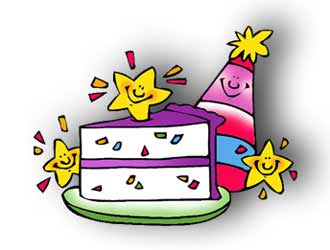