Greetings,  a blessed and wonderful week that was full of surprises is what we had here in Miami.   Our youngest son, Jason, drove down from Palatka on Wednesday to spend a couple of days with us and to help Jay celebrate an early birthday.   Jason went with us to the magic meeting on Thursday before he returned home to Palatka to head out with wife Idalmis to Atlanta in order to celebrate their anniversary.   We were a little surprised that he seemed to want to hang around at the meeting but that was fine with us….turns out he was waiting for another surprise, Orlando had flown in from Virginia and a school friend had picked him up at the airport and drove him to the meeting.   What a joyous moment of surprise for Jay and myself to see what the boys had conjured up for dad’s special day. 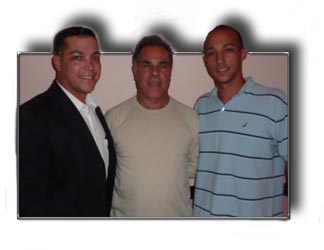 All too soon the weekend ended.  Jason headed back to Palatka late on Thursday evening as he and wife Idalmis were leaving to Atlanta to celebrate their fourth anniversary.  That trip never materialized because she became quite ill with some sort of stomach flu so the trip has been postponed.    Orlando stayed with us until Sunday and we spent a lovely weekend with him, the friend that picked him up at the airport, Jessiann, and a multitude of friends and relative who dropped by to wish Jay a happy day.

It was also a thrilling week with the wonderful article written by the Boston Globe about our family in Beverly.   A terrific article about Cesareo Pelaez and Le Grand David, a group of people that we are honored not just to call our friends, but to consider members of our family.    CONGRATULATIONS to them on this new article and may there be many, many more to come; just as they deserve!

“OPEN SESAME”
A Journey to the Other Side of Magic 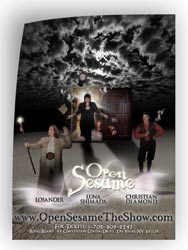 Scheduled to premier on April 18th, 2010 is the new show “Open Sesame” starring Losander, Shimada and Christian Diamond. The show will be playing 3 nights and 5 shows a week ( sun-tues) at the Royal Resort on Convention Center Drive. theatrical parlor style show that promises a potent magical experience filled with visually stunning moments combined with provoking anecdotes. The concept show , written by Luna Shimada, is a collaboration of talents based on each performers unique character and specialty in their field.

Losander, originally from Germany, is a recipient of the Milbourne Christopher Award for outstanding achievements in the art of magic, a highly coveted honor and a 2 time nominee of the Academy of Magical Arts ( the Oscars of magic). Losander, standing over 6 feet tall, is the image of a Nordic Wizard, but this gentle giant manipulates and controls the most delicate of elements, Air.

Soap bubbles beckon and dance to his call, inanimate objects fly and move around and defy gravity itself. Losander’s light hearted humor carries him through the show like the light-ness of his magic.

Christian Diamond has had a colorful background. He has been a Ballroom Dance compeditor, a Race Car driver and a U.S. Marine. After a car accident left him with severe nerve damage in his hands, he discovered magic through David Copperfield’s “Project Magic” rehabilitation program and began to heal his hands by doing simple close up magic. There, new passion for magic was born. Now 15 years later, Christian has integrated magic into his life and has been performing professionally ever since. Christian Diamond is a diamond in the rough and as such, portrays the character of one who is seeking his true wealth, or is it his worth? As the dark trickster element of the show, this nomadic gypsy is constantly looking for opportunities to get the upper hand. How will it all work out for him? Well, you’ll just have to come see for yourself. He will no doubt, you things that will question your reality.

The third element is the very mysterious and dynamic Luna Shimada. Luna was born into the world of magic. Her father is the world renowned Magician Shimada, from Japan. A magical legend who has inspired the likes of Lance Burton, David Copperfield and many contemporary magicians, past and present.

Luna began her training early at the age of 12 and has made her mark in the world of magic as one of the premier female magicians in the world.  Luna has created her special brand of magic which has a distinctive style and presence. She is the recipient of the World Magic Award for best female magician in 2007 and has been featured in numerous network specials and documentaries as one of the finest philosophical luminaries in the field of magic.
Luna is the embodiment of feminine beauty and power wrapped in a sheer aura of silk and dipped in moonlight! Her magic is in her passion. She is the poet and the artist. Dramatic and emotional at times and whimsical the next, her magic is highly visual and metaphorical.

So come one and all and take the Royal path to the edge of the desert and be part of a magical journey of a different kind…but don’t forget your password…  Its “open sesame”.

The Magic of Sterling

Sterling Dietz, the young man so many of us have come to love, admire and respect, continues to wow audiences on a very regular basis.

His next big show is as follows:

To read his latest newsletter, visit the following link:

M-U-M Celebrates the Start of Its 100th Year

The June 2010 issue of M-U-M will be issue number one of Volume 100, a remarkable milestone for The Society of American Magicians. To commemorate this achievement, your assembly is invited to purchase an ad offering congratulations.

Special ad pricing has been made available:

Please reserve your space in this issue as soon as possible. (The ad deadline is April 15, 2010.) Contact advertising manager Mona Morrison at mona@monamorrison.com.

Thanks very much. I look forward to seeing your assembly in the list of participants.

Marlene Clark producer of the Stars of Tomorrow show is looking for talent for the Atlanta Convention.

To audition, they have to submit an application that includes a video, DVD or youtube link of the stage act you will perform in the show, a biography and a photo for the convention program. The act should be five to ten minutes long.

The deadline for receiving applications is April 15, 2010. You do not have to belong to the S.A.M. or the S.Y.M. to apply. Each performer will be paid and will receive two free convention registrations (one for the performer, another for a parent), plus a year’s membership in the Society of Young Magicians.

Still looking for contestants there are 6 slots still open. $20 registration fee and contestants will be fed. $600 in cash prizes with trophies. Close -up performers will work the room after the dinner. then voting will be by audience. 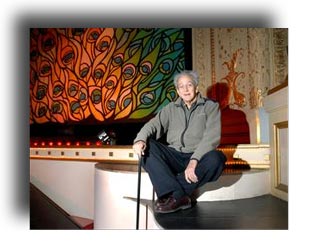 BEVERLY, MA — For the cast members of the venerable 33-year-old stage extravaganza called “Le Grand David and His Own Spectacular Magic Company,’’ the show must go on.

It just has to. Never mind that its creator and leading man, Marco the Magi, at 77, is frail and faltering and watching the show from a wheelchair in the wings. Or that the people leaping in and out of boxes are getting stiffer, the clowns more stooped, the tricks a little older, the audience a little thinner.

Who among them can imagine life without the opulent magic show they’ve been staging at the Cabot Street Cinema Theatre almost every Sunday since 1977, with its levitations and transpositions and disappearing ducks, its storehouse of 500 embellished costumes and 25 lush curtains and backdrops, its barbershop singers and tap-dancing cows?

“I always told my kids, ‘Some kids go skiing for the weekend; we put on a magic show,’ ’’ said Katie Bull of Beverly, one of the original performers whose duties include floating a table in the air, tap-dancing in a scarecrow costume, and getting sawed in half. 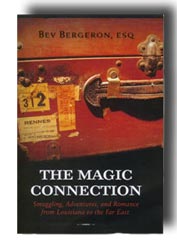 Proving he can entertain on the printed page as well as on stage, Bev Bergeron has written “The Magic Connection,” a rollicking novel about a troupe of gold-smuggling entertainers trapped in the Far East just as all hell – that would be. World War II – breaks loose.

A 1949 graduate of Robert E. Lee High School, the magician/comedian/writer dedicated the book to all of his teachers but especially to Jane Mitcham, “who taught me more than she ever imagined.”

Miss Mitcham, who was a force in the English department at REL, would have enjoyed “The Magic Connection.” As will you.

Also available as a down loadable e-Book (PDF) at lybrary.com

Magic in the Timing

Special Report: Watches
Magic in the Timing
By SONIA KOLESNIKOV-JESSOP 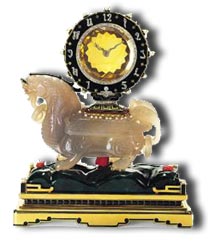 SINGAPORE — The 19th-century French magician Jean-Eugène Robert-Houdin, one of the greatest illusionists of his time, also applied his love of optical trickery to his first profession: clockmaking.

Among the mechanical illusions that he is credited with inventing, one stands out: the mystery movement, so called because the hands of the clock appeared to be floating over a transparent dial.

[For an amazing graphic that will match the clock on your computer,
have a look at the Transdiffusion Flash Clock] 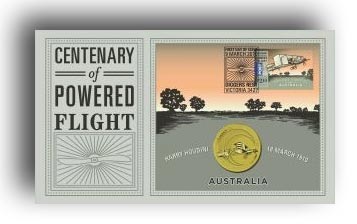 On March 18, 1910, magician Harry Houdini, aka Erik Weisz, made the first controlled, powered flight in Australia at Diggers Rest, Victoria.

He did so in his French Voisin biplane (left) that he had purchased in 1909 for $5,000. It was a pusher with the 8-foot propeller mounted behind the pilot, resembling a box kite and weighing 1,350 pounds, including Houdini.

The coins are available from U.S. coin dealers, on line at www.perthmint.com.au or
write to Perth Mint, 310 Hay St., East Perth, WA 6004.

Replacing Sadness With Joy
Oro Valley’s citizen of the year brings smiles to the faces of ill children
By Dave Perry, The Explorer 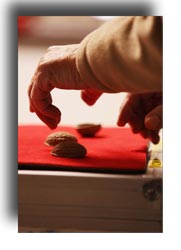 Oro Valley, Arizona – Want to see a magic trick?Watch Jay Knapp transform the faces of very sick children.Last week, Knapp, the 2010 Rotary Club of Oro Valley Citizen of the Year, played a shell game at the Tucson Medical Center (TMC) for Luis, whose appendix burst nearly two weeks ago. Luis’ roommate Ryan is lending one eye, anyway, cautiously wondering who this elderly gentleman is, and what he’s about. Early on, the boys know just which of the three walnut-shaped half-shells is hiding the pea. 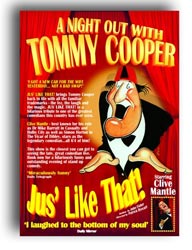 For many people Clive Mantle [left] will always be Dr Mike Barratt from Casualty and Holby City. For others he is the definitive Little John from the cult classic Robin of Sherwood with Michael Praed, while others cannot forget him romping round with Dawn French in The Vicar of Dibley. It’s clear that Clive Mantle is a man of many parts but his latest role is both a challenge and a labour of love.

The Daytona Beach Festival Of Magic and Fla. State promises to keep the high level of Talent, Shows, and Contests.

Magic By The Falls

Tim Scarbrough:   A speedy and full recovery to our friend Tim who is in the hospital with kidney stones and some complications.   Thoughts and prayers are with him.