Greetings, a week full of work and shows for us here in Miami.   The heavy work started on Wednesday and ran through today when I did the last of the Easter shows for a group at the YMCA.

Thursday was a nightmare!   I went to have my hair done and the beautician really botched it up, leaving the wrong color on the highlights and doing a part of a partial instead of full hair hightlights….more than reason enough for me to be upset, but, Friday morning I went back and the shop owner took over and fixed all the errors and I left as one happy camper, vowing however, never to go back to that same place.

Saturday was such a beautiful and peaceful day that both Jay and I wish it could have lasted for a week or longer.  It was our one day off this week so we awoke early and spent the morning looking for a new baby rabbit, had lunch out with friends from the boys school days and then went to their house for dinner.   It was all so slow paced and peaceful, it was the type of day one daydreams about. 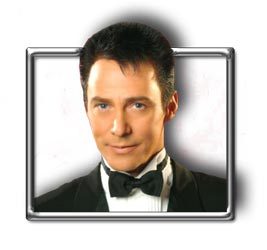 Master magician Lance Burton is ending his current six-year contract at the Monte Carlo at the end of this summer — five years earlier than planned. The sudden split has sent shock waves through the Strip entertainment and magic communities.

Vegas DeLuxe first reported the news on Friday — without identifying the parties — that delicate negotiations were involved in the exit by the beloved Las Vegas entertainer.

Local illusionist, Alexander Blade, continues to succeed and to receive recognition for his performances.     He has just received the proof copy of a magazine article on his magic which will be hitting the newsstands in the very near future.   He has also been confirmed for several upcoming conventions as well as a magic tour during the month of June.

The month of June he will be on tour with his lecture throughout Argentina.

July will have him back in Mexico for another convention where he will be sharing the stage with a couple of big names from Las Vegas as well as other talent from the U.S.

Salute to Magic SOLD OUT
Message from Eric DeCamps

The unbelievable news is that tickets for the 2010 Salute to Magic went on sale on Thursday April 1 and within 24hrs we have SOLD OUT!

I want to thank everyone who called and ordered tickets so quickly.

Now, for those you who may have missed the opportunity to order tickets, there is still a slight chance of purchasing tickets.

Here is what you can do, call or email S.A.M. PA # 1 ticket chairman, Tom Klem (212 725 5258 – TPK47@aol.com) and ask him to put you on the waiting list. If there are any last minute cancellations and you are on the list you will be contacted by Tom with what is available. Remember the waiting list is first come first serve so contact Tom ASAP and get on the list.

This is the first time in the 101 year history of this event that PA # 1 is producing a one-man close up/parlor show and I cannot thank you all enough for your amazing response of support of our 2010 Salute to Magic.

ABRA Contest Deadline is May 1
Mssg from Marlene Clark

Any member who recruits three or more adult members is eligible for the ABRA (trial membership not eligible).

The GRAND PRIZE is a FREE REGISTRATION to the 2010 S.A.M. Convention June 30-July 3 in Atlanta Georgia (one winner).

Winners from each S.A.M. region will receive one year FREE MEMBERSHIP in the S.A.M. (11 winners).

YOU CAN’T WIN IF YOU DON’T APPLY.

Please submit your name to

National Administrator Manon Rodriguez by May 1:
samadministrator@magicsam.com or 775-751-0505.

Tell her that you are the designated sponsor of the new recruits (list their names). 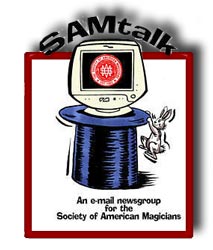 SAMtalk, the newsgroup of the Society of American Magicians, just celebrated its 10th anniversary this past April 3rd.

The newsgroup was started and is moderated by Past National President Bruce Kalver.    It is free to any S.A.M. member who wishes to subscribe to it and you may do so by sending an email to:  SAMtalkBruce@cox.net 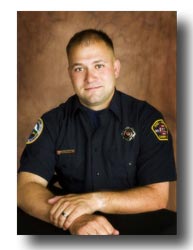 CANBY — Volunteer Firefighter William Scott Anderson will be featured on the NBC Nightly News with Brian Williams Tuesday for putting on morale-boosting magic shows in Iraq and Afghanistan while serving in the Oregon Army National Guard.

Anderson will appear in the “Making a Difference” segment, which will be aired in the Portland area on KGW-8 at 5:30 p.m.

Anderson, a pilot on a UH60 Blackhawk helicopter, served in Afghanistan 2002-03 and in Iraq from 2009-10. His military career started in 1996, when he served in the U.S. Army in Korea and at Ft. Lewis.Anderson has performed magic for the troops and for hospitalized children, lifting spirits with his sleight-of-hand entertainment. 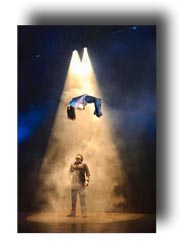 Milledgeville, Georgia – While most kids might like to make a sibling disappear, Jason Bishop’s older brother inadvertently turned him into a magician.

Bishop said that at the age of 12 he stole his brother’s magic set and started working with it.

Levitation is among the many tricks magician Jason Bishop will perform Wednesday in Milledgeville.“Pretty soon I amazed myself, and then I started amazing others,” he said. 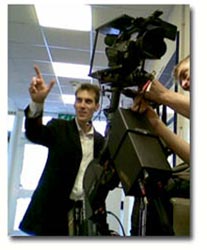 ILLUSIONIST Simon Drake – who worked on The Imaginarium of Doctor Parnassus – speaks to EMILY GARNHAM about the benefits of live magic in movies, and the tragic death of Heath Ledger.

In 2007 TV illusionist Simon Drake received a strange phone call from movie director Terry Gilliam, asking him whether a metal tube inserted into a person’s windpipe could save him from death by hanging.

Drake, whose long career in live magic had seen him called on by various film and TV production teams for advice, called round Harley Street, speaking to GPs and doctors for a medical opinion.

The Imaginarium of Dr Parnassus is now available on DVD and Blu-ray. 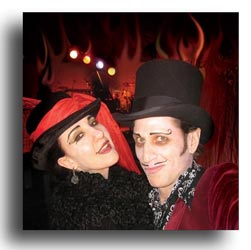 This is from a blog administered by Daniel Francis, Editor of the Encyclopedia of British Columbia www.knowbc.com.

Chuck Davis writes: Did the stage performer Mandrake the Magician inspire the famous comic strip of the same name, or was it the other way around?
Leon Mandrake, who became famous as Mandrake the Magician, was born April 11, 1911—99 years ago—in New Westminster. At age eleven he was on the stage of the Edison Theatre there, and at sixteen started touring North America. He was billed then as “Leon,” and later as “Leon the Ventriloquist.” By the mid-1940s he was being billed as “Mandrake the Magician.”

The title character in the comic strip Mandrake the Magician—it debuted June 11, 1934—was said to be drawn to resemble him. But Mandrake’s son, Lon, also a magician, says that who inspired what or whom has become too tangled to sort out.

Source: http://www.angelfire.com/ca2/mandrake/story.html
Information about Leon Mandrake was provided by his son, Lon Mandrake 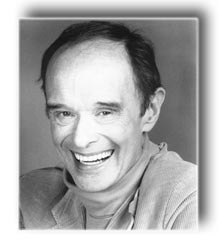 Bob Fitch To Be Honored As
Magician Of The Year
At S.A.M. Salute To Magic
Posted by Editor

New York – Legendary magician, actor, consultant and not to mention one of our favorite guests on the Magic Week in Review ever; Bob Fitch will be honored as Magician of the Year at the 101st Edition of the Salute to Magic in New York City as put on by the parent assembly of the Society of America Magicians. The ceremony will take place at the Axis Theatre, 1 Sheridan Square in Manhattan.

Seats are very limited so please call (212) 725-5258 for more information on how to receive them. Tickets become available on April 1st

I am collecting programs from past FMA (Florida State magic conventions) gatherings.

If you would like to donate or sell any that you have laying around please let me know.

I would love to find some from the 1960’s but I’m sure these will be hard to locate.

However…I will accept all years.

Even if you loan them to me I will be willing to make a copy of such, then mail yours back.

Let me know what you have,

Also…please welcome back Orlando SAM #99. Craig Schwarz has reenacted the Assembly and we wish them success.

Tim Scarbrough:  is now out of the hospital and is very happy to be home.   He will be under very risky medications for the next few months as the Doctors attempt to dissolve the blood clot in his lung but he is thankful to be home.   He wishes to extend his thanks for all the prayers and good thoughts that have been sent his way. 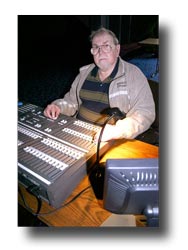 Posted Mar 30, 2010 Colon, Mich. — Jerry Conklin, a longtime illusionist in Colon, died Monday at age 82. Conklin had been a resident of the Magic Capital since 1966.Working as a illusionist, Conklin, his wife, Shirley, and their children, Mike and Cindy, traveled extensively throughout the U.S. and Canada for many years. During World War II, Conklin traveled for 21 months with the Special Service, entertaining military personnel in five European countries. Shirley passed away in 1987, and Conklin retired from traveling in 1990. Arrangements for Conklin will be announced by Schipper Funeral Home in Colon.