There were a couple of deaths this week in our family.   My uncle’s brother passed away in a comma after a fall in which he suffered a bump to the head while he was out at a restaurant.   We were telling our youngest son, Jason, about this when he received the call that his wife’s grandfather had just passed away from a massive heart attack.  Sad times for all but I thank all of you who sent me emails and words of condolences through facebook and other sources. 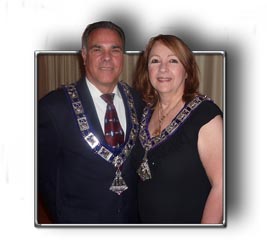 Shows this week will keep me busy, starting with the Storytime at Doral and ending with Storytime at Bay Harbor with several shows in between times.  A special event at the Elks on Tuesday evening, meeting on Thursday and if we are fortunate, a trip to Palatka this weekend.

I am in the middle of plans for two trips to Mexico for conventions and special S.A.M. presentations.   More information to follow on this in the next couple of weeks, as will more information on some trips being planned overseas in the near future.

“The first step in the acquisition of wisdom is silence, the second listening,
the third memory, the fourth practice, the fifth teaching others.”

Fernando Keops continues his tour in the Dominican Republic and is preparing for his upcoming show and seminar in Colombia.

This is a must see performer if you are ever afforded the opportunity.

On April 10, mentalist Nino Cruz will try to drive a 2010 Toyota Scion through the streets of Crystal Lake, Illinois, blindfolded.

The stunt will benefit the Raue Center For The Arts – and perhaps the suffering Toyota company, too.

If people see that even a blindfolded guy can safely drive a Toyota, they may start buying the faulty vehicles again.

BUFFALO NEW YORK – On a Friday night at Sole in Williamsville, magician Todd Nelson is plying his trade. By day, he works for the New York State Department of Transportation’s claims department. But by night, his life holds something different in the cards. . . . .

. . . . . Down the road at Dandelions Restaurant in Williamsville, owner Greg Maghran has featured Seege once a week for several years. “He’s a big draw,” Maghran says. “I get phone calls all day, asking, “What time is the magician coming in?'”

Maghran hired Seege initially because Tuesdays are kids’ night, when kids eat free. But he has discovered that magic is popular with all ages.

“The kids like this rabbit trick that he does with foam bunnies that keep mass-producing out of his hands. I tend to like the card tricks, because he’s so good at them,” he says. . . . . 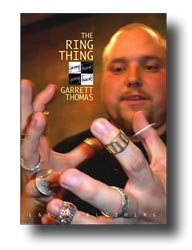 Seege lives with his wife, Jennifer — they met at the Coliseum downtown — and their 2-year-old son in a classic, immaculate 1960s ranch house in Cheektowaga. Nothing on the outside would tell you that a magician lives here. 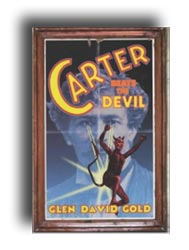 I grew up reading about Harry Houdini and that early 20th century period is so intoxicating…the world on the eve of so many great discoveries and wonder; when real life magic (the ability to fly, to talk to people hundreds of miles away, television) was on the horizon and at the same time was so frightening. You can see why magic was so popular as a form of mass entertainment, and why audiences actually soaked up and believed what they were witnessing.

If people of the world could truly speak to someone they couldn’t see, why couldn’t a magician make an elephant disappear, or bring back the dead? It doesn’t seem so unlikely during that period, does it?

Matt Holmes, the co-founder of Obsessed With Film, is back to his blogging routes…writing daily stream-of-consciousness posts for you all to digest, dissect and discuss.Personal rants, photo diaries, maybe even politics. But mostly movie stuff.

Since damage caused by Hurricane Ike closed the dinner theater Magic Island in 2008, Houston residents no longer have a place to see the quality magic. Magician Jamie Salinas has filled this void by producing shows at the Hilton Americas in downtown Houston.

The shows are open to the public and are conducted once a month. The first show featured Award Winning Magician Jamie Salinas performing in his one man show in November 2009. The second production featured Banachek, world renowned mind reader. The most recent production featured Comedy Hypnotist, Robert Berry. The next production will be on Saturday, April 10, featuring Scott Wells and Scott Hollingsworth. 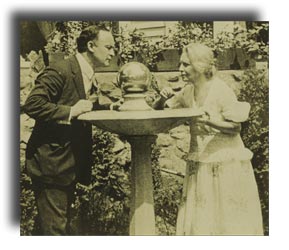 She was one of the most famous and successful mediums and mentalists of the twentieth century. She fooled the best minds of her time. She was, in the words of J. N. Maskelyne “…a fascinating little blond.”

After devoting twenty-eight years of research to her, Barry Wiley has written a biography that is both highly entertaining and thoroughly documented, weaving a story that includes a cast of magicians, mind readers, mediums, scientists, private detectives, frauds, suicides and murderous autopsies. It is a chapter of magic’s history not to be missed 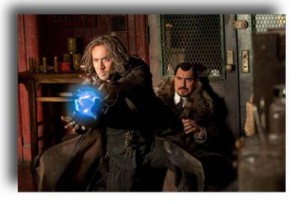 Arguably one of the biggest events of this year’s WonderCon in San Francisco was the panel for Disney’s upcoming The Sorcerer’s Apprentice. But who knew we were getting a standup routine as a bonus?

Director Jon Turteltaub and stars Nicolas Cage and Jay Baruchel kept the audience laughing with one zinger after another while giving us the scoop on the film. Turteltaub explained the casting with “Jay is the apprentice, and Mickey Mouse wasn’t available, so we went with Jay. Jay was cheaper. Not much.”

OOPS!!!  Due to an oversight, one of my all time favorite performers/lecturers was left off this list but he was booked early on for the convention….I am speaking of none other than the great

Add him to your list of must sees at this convention or anywhere else that he appears!

is now out of the hospital and back home until he has to undergo chemo again.   He remains in our thoughts and prayers for a full and speedy recovery.

Egorj the Magician:  Just a note to let you know that Egorj the Magician (Jorge) who had been in intensive care since March 31 has just passed away. He is in God’s hands. May he rest in peace.  You may send any messages to herminiaisabel@hotmail.com