Greetings, this has been a very rough week; the loss of Guy “Guyini” Drach and of Seth Ossinsky, the word that Florida’s staunch magic supporter, Carolyn Bristow, is now in hospice, it just seems as though it is bad news at every turn. Our miniature pinscher, Bibi, has been diagnosed with congestive heart failure, not uncommon at the age of almost 13, but fortunately Jay’s brother is taking good care of her and feels she will be treatable, if not curable.

The annual Orlando fleamarket/auction was a great one again. We drove up on Friday morning, met up with our son Jason just north of Orlando so that we could deliver …. don’t laugh … some turkeys and chickens; yes, they were live! Seems the pitbull next door to his inlaws got out and killed theirs and Jason phoned and asked if we would bring some up from the farms in Homestead. You should have been there for some of the comments that were made by Clem Kinnicutt, and here I thought he was my friend. All kidding aside, it was quite a trip and one that will go down in our memory banks. Dinner Friday night with the Kinnicutts then back to their place for a bit before turning in for an early rise on Saturday so that we could beat the crowds in and be there to see the set–up. Wonderful seeing so many friends and visiting with everyone.

This week we are staying home. I have my usual Friday Story Hour at the Park in Bay Harbour on Friday afternoon where I will be performing magical storytelling once again, as I do every other Friday. Saturday marks our 26th anniversary as volunteers of the VACC Camp of the pulmonology department of Miami Children’s Hospital, and we will be there, as always, with Carnival Night. We have a weekend full of shows and activities but we will miss our usual trip to Palatka and visiting with E.J. who is growing like a weed; he was just shy of 12 pounds already and he is not turning 2 months until April 11th. Until next time….

keep a dream in the making for you create your tomorrows by what you dream today. 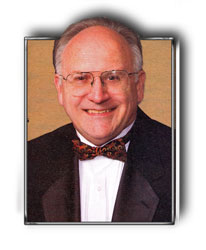 I was happy to see in the current issue of MUM that Phil Milstead is running for the office of National 2nd Vice President of the Society of American Magicians.

Phil has a long and rich history of support and hard work both for the Society and for the members. He has served on many, many committees, has always said “yes” to any job he has been asked to do and has been among the first to jump through hoops to be of assistance in any way possible.

Among his many credentials, Phil has all the following: 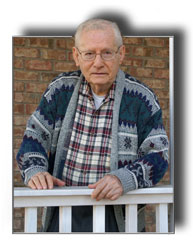 Amazing Sammy, was the owner, for several decades, of Miami Magic. He was the man who sold me my first magic effects, including that little hot–rod which now sits in my curio cabinet.

Sammy moved out of Florida to South Carolina but he has not lost touch with those he left behind and continues to stay active in the magic field, performing for nursing homes and other facilities near his new home. A little birdie tells me he is also teaching magic to and serving as mentor to a neighbor.

He is gone from South Florida but not forgotten by the many friends he left behind who are always asking “have you heard from Sammy”?. Much as the photo on the right shows, the “Amazing Sammy” Chiprut is “looking’ good!”. We miss you Sam!

Oracle Magazine, as so many are aware, has ceased publication. Now, however, there is good news in the form of an e–mail just received from David Goodsell.

We are going ahead with our plans to produce a CD version of all three volumes of Oracle. This will include all the printed pages plus all the web pages (except for the product reviews and ads) on a single CD.

In addition to this we would like to include a brand new Larry White Memorial issue of Oracle. But to do so we need your contributions.Some of you sent Larry routines and effects prior to his passing that never appeared in Oracle. Unfortunately we do not have access to those. They are somewhere in Larry’s system, but no one knows how to find them.

Hopefully you will have the items you contributed in your own computer. Please send those directly to me for consideration.

Do not send these to Doris; save a step and send them directly to me, David Goodsell, at:
Superg13@comcast.net

We will collect items from you until April 30 and hope to have the final product ready by the end of summer. I don’t have a production cost estimate for the CD or a selling price in mind yet, but will tell you that half of whatever we make will go to Doris.

If you plan to submit an item let me know at your first opportunity and follow that up with your routine or effect via email by April 30.

I hope to hear from you.

Guy Drach,   our dear friend, I am sad to report, has passed away. “Guyini” as he was lovingly called by his countless friends, lost his battle to cancer this past weekend at 3:30 am on Saturday morning.

A Celebration of Life is being planned for Guy and details of that will follow separately.

another long time magician in Florida, more recently living in Phoenix, also passed away this weekend. Seth was a staple at Daytona Magic for many years, served as Convention Chair for a Florida Magicians Association Convention and was well known and loved by many friends in the magic world.

Seth is remembered from the “what you get” half of a Florida postcard, and for his character, the “magic nerd”.

Our thoughts and prayers go out to his surviving brother, sister, family and the countless numerous friends who loved and will miss him. If you have any information or reviews on magic happenings or events, then please send it to me, by sending an email to: Maria Ibáñez