Greetings, it was a gorgeous week which ended with us traveling to our home in Palatka to spend the weekend.   We took with us a girl who grew up with the boys since elementary school and who is about to get her doctorate in brain based learning.   We are very proud of the fine young lady she has become.    Orlando drove down from Virginia and surprised us by arriving at 4:30 a.m. on Saturday morning just to spend the day and then drive back to Virginia early Sunday morning.   At least we spent a day with him!

Jason planted 20 bald cypress trees on the edges of the creek on the property, he and his brother chased and caught garden snakes which were about 3 feet long, they caught crickets and we were thrilled to see the brothers being themselves again.   This is the way They have always been and we always enjoy watching them together.

Jay and I are looking forward to our upcoming trip to Mexico where we will be attending the ABRAKADABRA convention.   We are personal guests of Tony Guerrero and will be representing the S.A.M. establishing a new Assembly in Mexico City and presenting the membership packets and credentials to the members.  If you are attending the convention please do stop by the booth and say hello, we look forward to seeing you there.   Also at the convention will be the well known illusionist who lives in Miami Alexander Blade, who made the arrangements and helped us secure the new members and assembly application.

“Anybody can become angry – that is easy, but to be angry with the right person and to the right degree and at the right time and for the right purpose, and in the right way – that is not within everybody’s power and is not easy.” 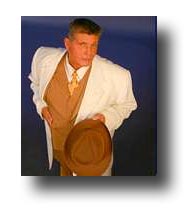 After performing more than a year straight at the Comedy Stop,
magician Paul Kozak has found a home in Atlantic City.
By Michael Pritchard

Settled comfortably into a nice little bungalow on the bay side of Margate, magician Paul Kozak lives surrounded by a celebration of the art that has kept him on the move for most of his life. Every table and shelf in every nook and cranny is taken over by sculpture, paintings, and other pieces of artwork. One wall of his living room is given over completely to books, his “magic library,” he says. 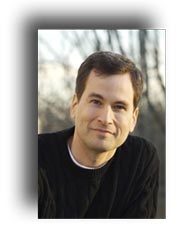 Q & A with David Pogue

[David Pogue is best known as the technology columnist for the New York Times, but he’s also a magician. In fact, Pogue is the author of Magic for Dummies. In this story, Pogue mentions that he used to entertain as a magician at parties and at restaurants. – Wayne Kawamoto, About.com Guide to Magic & Illusion]

David Pogue is the personal technology columnist for the New York Times, and is a tech 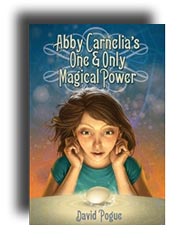 contributor to both CBS News and CNBC. He has authored a number of technology books, including the Missing Manual series of computer guides. His recent book, The World According to Twitter, captures the most clever answers from his more than one million Twitter followers to his collection of thought-provoking questions. Pogue has just written his first book for children—a high-energy middle-grade novel set at a very, well, unusual, magic camp. He recently spoke with Bookshelf about his kids’ book debut, Abby Carnelia’s One & Only Magical Power

The Amazing Book of Cards
Posted by megan 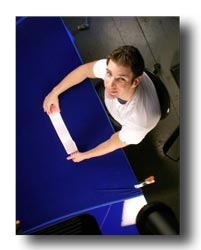 Before the holidays (yes, way back in December), a group of us (editor, photographer, photography director, lighting specialists, models, assistants, interns) gathered for three straight days for a photo shoot for Joshua Jay’s followup book to Magic: The Complete Course–The Amazing Book of Cards. Tricks, shuffles, games, and hustles, plus the history of cards, how to build a card castle (or at least a card condo) and how to make a playing card wallet–even how to send a playing card through the mail.

Josh Jay’s books are easy to learn from in part because of the step-by-step photos that go along with each trick. But what’s not so easy is the process of making those step-by-step photos. Photographer David Arky was practically hanging from the rafters of the studio to get these overhead shots!

Last week we has a post about the upcoming Ring 170 Banquet in Orlando, Florida.   Please note that Reservations are required because of limited seating…. please make requests to Art Thomas at SRJART@earthlink.net

Just a few days after wards, Ring 170 will be hosting a lecture by the VERY talented Chris Capehart….I highly recommend you attend his lecture if it is within your power; you will not regret having attended.

The time is getting short for you to make your reservations to see Jeff McBride, ONE NIGHT ONLY PERFORMANCE on May 15th in Jacksonville, Florida.

Allen Swift (Ira Stadlen) died on April 18, 2010 at the age of 86  – He was best known as the “Man of a Million ” voices and was an all around performer. He was an actor, magician, play writer and best known on the East Coast as the voice of the “Herring Maven in advertising.

He took the name from Fred Allen and Jonathan Swift and became Captain Allen Swift on WPIX-TV as the host of the “Popeye” TV show (1956- 1960) where did magic and used stories and puppets.

When Buffalo Bob took ill it was Allen’s doing “Howdy Doody’s voice for more than a year. The voice on the comedy ‘Safari” tape was Allen’s when he teamed with Lee Noble to produce the trick.

Condolences to Paul Weatherbee on loss of his Mother

Paul Weatherbee has lost his mother this week.   Our thoughts and prayers go out to Paul and his family at this time of loss.   May she rest in peace and may the good Lord grant the family strength to deal with the loss.