Greetings, hard though it seems to believe, we are almost half a year into 2010 and Mothers Day is this Sunday, at least here in the United States.  Please allow me to take this opportunity to wish all the mothers out there a wonderful day full of love and happiness.

Jay and I will be unable to be in Palatka with our son and his family because we are officers in the Elks Lodge and there is a mandatory ritual which is held in honor of mothers on Mothers Day.   Said ritual includes a brunch and since this is held early in the morning, we will be celebrating the day with my own mother and family after lunch here in our home.   Orlando is unable to be down with us because he is still in training for the Wounded Warrior program so I will be without either one of the boys or the grandbaby this year.

Next week we will be in Jacksonville attending the McBride show and workshop which is being hosted by the IBM Ring 170.   We are excitedly looking forward to spending time with Jeff as well as with our friends Simone and Travis.   A quick turn around and the week after that will see Jay in Atlanta then flying down to Mexico City where he will meet up with me as we attend the Abrakadabra Convention.  We feel like the jetsetters. 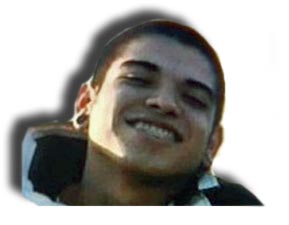 Adrian Ramos was only 19, but he was already making a name for himself as a magician: El Magnifico. He performed at Hollywood’s Magic Castle at age 9 and had also made TV appearances, including on “The Tonight Show with Jay Leno.”

But on Wednesday, as he was walking home from a class at Fullerton College with a guitar strapped on his back, he was approached by a group of men.  According to Anaheim police, he was gunned down in a robbery

The Latest. The Greatest. The Oldest. The Rarest. All for sale to the highest bidder! Whether you’re looking to buy that elusive illusion. or looking to sell you’re one-of-a-kind card trick.

Fantasma has you covered! Do some Spring cleaning. Clear out your closets. Unload some magic to make room for more! This is not fundraiser. This is not for a charity. This is for the magic community to spend some time together, collect great magic, make some money and have some fun!

Admission is FREE, all are welcome to attend, seating is on a first come-first serve basis – however, this is a PRIVATE event only members of the magic community will be allowed to bid. or have items up for sale. Phone Bids will NOT be allowed, but bidding by proxy is acceptable.

Buyers: a partial catalog of items on the block will be made available one week before the auction. The catalog will include a complete description and a photo.

Sellers: We don’t care if your items are new or old as long as it is of interest to other magicians. Auction Fees are 20% of price realized or 10% for items over a thousand dollars. To have youritem be considered for the auction you must contact Nelson Lugo at 212.244.3633 or nelson@fantasmamagic.com with the Your Name, the Item, Item Name, Your Minimum, Current Value and Condition. Items brought after May 1st and up to the day of the auction will be placed in the second half of the event.

Have A Fun Time At Fantasma!

How are you determining who can attend?

The event is open to everyone and there is no admission fee; however, only members of the magic community will allowed to bid… or have items up for auction

Will the auction be online as well?

No, this particular event is an in-shop only auction. However, Fantasma does occasionally offer various items up for bid on EBay. Also, phone bids will NOT be allowed, but bidding by proxy is acceptable

Will there be an online catalog?

There are no plans for an online catalog – a partial catalog will be printed and made available one week before the auction. The catalog can emailed if you are unable to get to the shop prior to May 2nd.

Is there a minimum value for an Item to be entered into the auction?

There is no minimum value for inclusion in the auction – however, please note that auction fees are 20% of price realized (or 10% for items over a thousand dollars)

Just curious, how to you vet bidders?

Well, between all of us here at the shop, we know all of the NYC magician’s and the magic notables from around the country. I suppose if you’re coming in from out-of-state and no one here knows you… someone could vouch for you, or you could shows us a club member ID, business card or even perform a classic pass 😉

Given this era of EBay, why charge a 20% fee, is there something I am missing?

Well, EBay can afford lower fees because of the shear volume of items being sold every day, there are thousands of transactions happening ever hour. From what I can tell 20% is the standard fee for live-in-person auction.

Do you provide advice about suggested reserves and estimate final values?

This event is a pretty causal affair and no one here is an expert (except for the shop owner Roger). A simple Google search could help in most situations. Also, please bear in mind that the condition of your item will affect the price.

Please visit our website to see the latest magic items.

www.Fantasmamagic.com
Thank you for your support!

The idea behind the Kymera Magic Wand is really quite novel; the ability to control your TV with just the flick of a wand. Wands are synonymous with control, making them perfect for working a TV or other IR device. It doesn’t hurt that most of us have been entranced with them since childhood with entertainment from Disney all the way to Harry Potter.  And in practice, it’s truly magic, or at least the kind of magic that your standard magician would perform, making it perfect for kids and the young at heart.

Source for the Kymera Wand 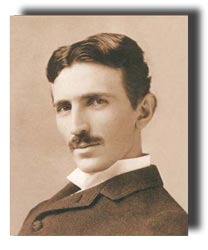 His name does not ring through the history books. He is not famous, celebrated, or otherwise widely known. Like all great magicians, he has all but disappeared. But not before dazzling the minds of his time and the minds of those who would pursue his great and mysterious work in this modern day. His name was Nikola Tesla, a God of science. Born in 1856 Tesla can be marked responsible for alternating current (as in AC and DC), wireless communication, the electric motor, basic lasers and radar, x-rays, neon, robotics, remote control, cellular technology, and even had developed plans for tactical warfare in space. All of this taking place over one hundred years ago.

He died alone, in poverty in a New York hotel room at the age of 86. A man who was known to sit casually in the midst of crackling arch-lightning like a proud, ingenious animal, sometimes reading a book as if he were at home among his electric storms. A display, which struck fear in others, was to him an abstract comfort.
And although he had achieved reverence among the rich and glamorous in his younger years in New York, his fame was jealously frowned upon by one very rich and very famous fellow God of science. Thomas Edison.

convention June 30 – July 4 at the Atlanta Hilton.   This brings to the total to EIGHT lectures at the event.

Here are some dates that we have coming up here in the Brevard County Area. (Melbourne, Palm Bay)

We have Chris Capehart coming for a lecture and show on May 10th, Show at 6:30pm and lecture afterwards. He will be entertaining the children of Servicemen. See our website at www.spacecoastmagicclub.org for more info or call John Anderson at 321 698-2398.

We have Jeff McBride coming to do a Show, lecture and a workshop the next day on June 8th and 9th. For Tickets and info go to our website or to the Magic Dove Magic Shop website.

You might want to hold off telling about the Jeff McBride event until after the Jacksonville event. 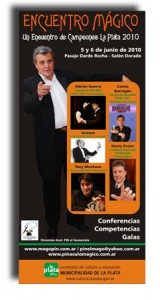 A meeting of CHAMPIONS

They will be there in lectures, gala and as dealers.

There will be, as there always has been, closeup and stage competitions where the winners will be awarded registration to other conventions in the country and to the next FLASOMA which is to be held in Guatemala.

We will have lectures, gala shows and aisles full of magic at the Centro Cultural Pasaje Dardo Rocha, and City Hall.

Space is limited.   The cost is $150 for registrants and $200 for dealers.   This is a good place to come and reconnect with friends, learn from world champions and enjoy the magic. 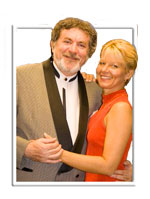 Aldo and Rachel have been on an extensive European tour, currently in the UK. Rachel, who suffers from a longstanding heart condition, was hospitalized two days ago there and the doctors have confirmed that she is having a life threatening case of the heart infection “endocarditis” and is suffering from embolisms in her feet.

They have been able to secure a flight home this coming Sunday ( May 2) and there are cardiologists on standby in Tampa awaiting their arrival. They are going to attempt to put an intravenous line into her heart for a number of weeks and she will receive daily infusions via that intravenous line.

UPDATE:  They are back in Florida after a 25+ hour trip from England to Tampa.  Rachel is in the hospital and will be having a procedure tomorrow (Tuesday) for which she will be undergoing anesthesia; the doctors will be check for any valve damage and how extensive this endocarditis is.  The latter part of this week she will have the intravenous line put in her heart so that she can receive the daily infusions.

Her color is much better and Aldo says she looks better than she has been.  She is in good spirits and sends everyone her regards and her thanks for all your get well wishes and the beautiful emails you’ve sent me which I have made reach them.  Both she and Aldo send their gratitude for your prayers.

It is with a heavy heart that I report on the passing of Al Meyer.   The sad news comes through Harold Greenbaum who phoned to let us know.

Al was instrumental in the starting of the Magic Luncheons in Ft. Lauderdale and will be sorely missed by all who knew him.

Al Meyer was a quiet, unassuming man who touched countless hearts and made a difference in the life of anyone he came in contact with.   Deepest condolences to his family and friends.   May he rest in peace.