Greetings, what a wonderful week this has been, even with a black and blue ankle.  The ankle is healing just fine and I should be back real soon.

This weekend was one of wonderment and magical happenings.   We spent an incredible two days in a show, lecture and workshop with one of magic’s great minds and lovely people, Jeff McBride.  Jeff, an entertainer’s entertainer but so much more than just that, a great performer and a beautiful soul.   Thank you Jeff for making, as you 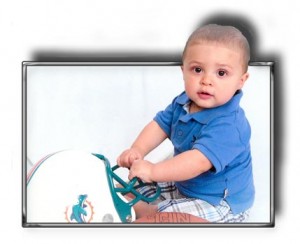 always do, for such a memorable experience.  Thank you also to Simone Marron who in her usual style was the hostess with the mostest and made sure that nothing was missing from the event.  A thrill, as always, to see the Cooks at the lecture and now to find out that they are grandparents for the first time to a lovely baby girl….CONGRATS!   Thank you everyone for your kind comments this weekend and all your words of support.

Jay and I commuted from Palatka to Jacksonville, an easy hour ride, for us and Armando a/k/a Slim who rode up with us.  Fortunately we were able to spend quite a bit of time with the grandbaby.  Elijah is growing at an incredible rate and is the apple of our eye.

This week we leave for the Abrakadabra convention in Mexico City where I am the guest of honor of Tony Guerrero and I will be delivering a charter for the new assembly in Mexico City and the membership packets to the new members who will make up that assembly.   Looking forward to seeing old friends and to share staging with such great talent.

“Knowledge and reason speak, while ignorance and error scream”

Just a note to advise that the new FISM website is now live:

with details of the upcoming championship contests, FISM Oceania & FISM Europe and the latest newsletter now available for download.

Stay tuned for all the latest updates on

ahead of the World Championships of Magic in 2012!

Just a friendly reminder that registration for the “10th Anniversary Cometa Magico Congress” has already begun. Book before 31th May to save $US20 on the registration fee.

The 5th Edition of the most important Latin American magic awards is now confirmed and once again will be held at the fabulous Astral Theatre located in Corrientes Avenue. Additionally the

Cometa Magico congress will be held in the nice and comfortable Salon Hidalgo of The Conquistador Hotel located in the heart of the most amazing city that vibrates with the rhythm of tango.

Cometa Magico is known as the most popular site on the web and to celebrate their 10th anniversary present two great events, where there will be international artists giving their new lectures and performing on the show. From USA we have Michael Ammar, one of  the most influential magicians of the 20th century.

There will be Ceremony Awards and Show with the most fantastic artists on stage Monday 16th August, dealers, lectures, magic and friendship on Tuesday 17th in the Congress. Take advantage of our special “star promo” and save $US20 by registering before 31th May 2010 and register on the El Conquistador Hotel at the corporate rate hotel with a great discount for those registered.

for full details and hope to see you at the “Ceremony and Show of Premios Magia” and “Cometa Magico Congress 10th Anniversary” for two days of great magic fun.

To all magicians, we are only 4 days before the start of the 13th Annual Abrakadabra Convention in Mexico City

It’s not too late for you to register and take part in this great convention, we you to visit the website for further information 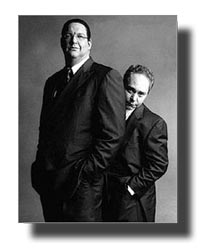 The American Museum of Magic is proud to announce the opening of its new exhibit Penn & Teller: Bad Boys of Magic. Two of the most entertaining and irreverent magicians performing today, Penn & Teller defy labels. Performing together since 1975, the duo have found success on Broadway, on television (with 11 Emmy nominations), and have written three best-selling books, Cruel Tricks for Dear Friends, How to Play with Your Food, and How to Play in Traffic. Penn & Teller’s understanding of magic and their ability to relate to audiences has also garnered serious academic attention. They serve as Visiting Scholars at MIT, that university’s highest honor, and have lectured at Oxford University and the Smithsonian Institution. 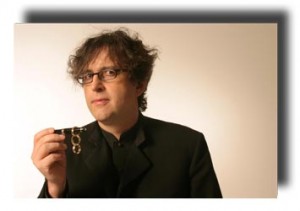 Tangential thoughts and musings on magic

San Francisco’s love affair with Teatro ZinZanni is now ten years old. Its fanciful entrance at Pier 29 has absorbed into the panorama and pulse of The Embarcadero. Once inside its “spiegeltent” the visitor is absorbed into the enticing world of European Cabaret and the daring bravado of world class Cirque performers. Everywhere is the captivating magic of shimmering glitz, innumerable mirrors, sparkling candelabras, lustrous stained glass, feathers, brilliants and beads. Fabric dressings throughout the jewel box theatre are abundant, lush and vibrant – draped, gathered, and pleated from the floor to the lofty central peak where aerial acrobats Andrew Adams and Erika Gilfether are defying gravity. This past Friday evening the interaction was all about the show’s Tenth Anniversary and its celebration of “Love, Chaos & Dinner”. 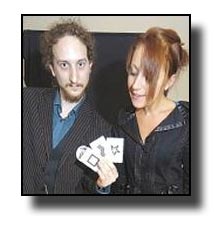 If Jez Starr, the Dreaded Mentalist, made one mistake at his Prisoner-themed magic show on Saturday night, it was inviting me, Number 53, onto the stage to aid his first trick. Audience members in the near-sell-out room above the White Hart left their identities at the door and swapped them for a numbered badge like those in the cult 1960s TV show.

The Cheddar-based magician churned the random number generator six times to select his assistants. My number came out first. Narrating in his grand showman voice, he challenged me to perform extra sensory perception in a scene straight out of the classic Prisoner episode The Schizoid Man. Only the magician would see what was on his card and I would go with my instinct and say what image was drawn on it. All three of my guesses were wrong.

Joshua Jay will be going on the road on a very limited lecture tour.  His lecture tour begins in Florida and wi

ll be as follows:

FLASH! Jonathon Pendragon will be appearing at the Florida Magicians Association convention in Daytona Beach this November.

Although he will not (at this time) be performing his award winning act, he will be presenting, at extra cost to each participant, a two hour Teach-In. No final word on which day, but according to the Daytona Magic web site, Teach-ins are usually held as a final event of the convention Sunday morning. Contact Daytona Magic for more info or continue to look up the convention schedule of events on their web site. Regardless, with acts such as Mark Wilson, Steve Dacri, illusionist Drew Thomas and many others…this convention should be one of the best in Daytona’s history. Don’t miss it.

Felix Snipes
Message by Paul Sponaugle
Foryears he was the head of the “Wonder-Full Weekend” (www.thewonder-fullweekend.com), a weekend magical revival meeting in which he did magic with a message on Friday & Saturday nights, and services on Sunday.  For 24 years, he led this highly successful ministry until he was diagnosed with MS (Multiple Sclerosis).  He had to retire from active crusades in 2004, and his ministry was taken over by Scott Humstead.  Felix was on the cover of the Linking Ring a few years ago.

Felix had a stroke on May 6th, and, sadly, the prognosis is not good.  He has a feeding tube, is able to stick out his tongue to answer questions, and seems alert, but is just about completely paralyzed.
Please would list Felix in your “Good & Welfare” section, with a note that he has had a stroke and is paralyzed but alert, and that doctors are doing everything they can to treat him.  He is at (currently, Rm 4710)

I’m sure he would be buoyed up by some additional cards of best wishes.  There are a lot of folks out there who know Felix but are not aware of his stroke.

Arlene Anna Biondo
Arlene of ‘Parade of Magic’ — dies at 84

During the early days of television, Arlene Mardel, as she was then known, was sawed in two, levitated, made to disappear, and floated on a broom at Halloween.

The Society of Young Magicians invites to attend a three day weekend of concentrated magic, with special sessions for young people between the ages of 7 and 17 years old on all aspects of  the art taught by professionals, all famous magicians.

Whether you are a beginner or already performing magic shows you will have great fun and benefit by learning from experts, all well known in their fields, who are youth approved mentors. The three day event covers illusions, escapes, card and coin magic, close-up, stage and parlor magic.  All sessions are for kids only.

You will especially enjoy the “Kids Do Magic for Kids” show and an “All Star Magic Revue.”

Johnny Ace Palmer (recently added to the S.A. M. convention lineup of stars, will appear with David Letterman as part of his “Close-up Magic Week” Here’s a chance to get a sneak preview of Johnny before he arrives in Atlanta for the convention.

The “Week” of magic begins on May 17- with John Carney, Steve Cohen, Michael Ammar and Jason Randall.