Greetings,  a busy week ahead of us both on a personal and a business level.   Our oldest, Orlando, is in Orlando for training and will be in Florida all week but we may only be able to see him on Saturday when he comes down for the day since he is flying into and out of Orlando back to Virginia.

We will be hosting a fundraising lecture for Rachel Colombini and we are thrilled that she, Aldo and Molly will be spending a few days with us here at home in between the Boca and the Miami lecture.  Special magical days ahead are predicted.

Sunday we are taking part in a Flag Day ceremony at the Elks Lodge and hopefully a special lunch with Orlando before he has to head out early in the morning.  We will not have an opportunity to head up to Palatka to see the baby but we’re hoping to do so for Father’s Day.

“There are only three things you need to let go of:
judging, controlling and being right.
Release these three and you will have
the whole mind and twinkly heart of a child.” 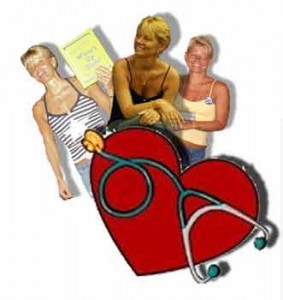 Please, come one – come all, and let us make them feel welcome
and feel the generosity and love of South Floridians.

EVERYONE IS WELCOME TO ATTEND

LE GRAND DAVID IN THE NEWS 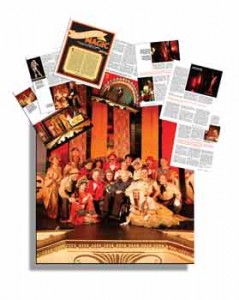 Cesareo Pelaez and Le Grand David continue to garner recognition.   The latest is an eight page article in the prestigious Brandeis University Magazine.

The article is available for viewing on the Brandeis website by following the below link:

Once on the page go to “features” and click on “It Has To Be Magic”.

With the closing of the summer schedule this coming July 11th, Le Grand David will be completing their 33th continuous season of performances.

At the Cabot St. Cinema Theatre, “Le Grand David and his own Spectacular Magic Company” will be performed every Sunday from June 13 through July 11, except for July 4, all shows beginning at 3:00 p.m.  This record-breaking theatrical production premiered on February 20, 1977 and is now recognized as, “the longest-running stage magic production/show” (Guinness World Records).

The Cabot St. Cinema Theatre first opened in 1920 and is now beautifully refurbished. Now in its fourth decade.  Nothing quite like it may ever happen again.

Ticket prices are $24 for adults and $14 for children 11-years-old and under. 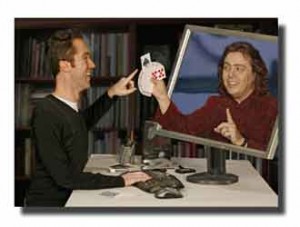 It all started about 10 years ago. Actually, it has started and re-started several times for various reasons, many of which were technology-related. We were trying to do something that the world wasn’t quite ready for… until now.

We love teaching classes in Las Vegas, but also realize that not everyone is able to spend a week hanging out at Jeff’s house working on their magic. Even those of you who have been to Vegas know that we have more information to pass on than we can even cover in just one week. Of course, both Jeff and Eugene have DVDs and books for sale. But then you’re paying for shipping, waiting for the product to arrive and then you are left on your own to work on the material unless/until you email or call one of them for some help (which can be daunting the first time and tricky because they both travel so often).

We wanted a more efficient way to pass on the collective wisdom of our teachers. The internet was the obvious choice as a mode of communication, but how would we make it work?

We now have the answer:

Jeff is also offering private sessions online via Skype. The ones he’s done so far have been hugely successful. Whether you’re working on routining your show or just trying to perfect a move, having real-time video help from Jeff is the way to go.

JEFF MCBRIDE TO APPEAR IN ATLANTA 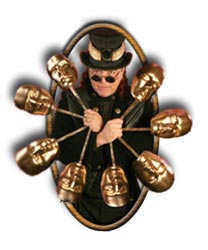 I.B.M. Ring 9 in Atlanta, GA is hosting Jeff McBride this upcoming weekend, presenting his 90 minute solo Stage Show “Magic UnMasked” on Friday June 11th at 7:00pm at the Mount Vernon Presbyterian Church in the Sandy Springs area of Atlanta, GA.  Show tickets are $30.00 per person.  The show will be followed by his new 2 hour Lecture at 9:00pm.  Lecture attendance is $30.00 per person, for magicians only.  We would love to hear from anyone in the region interested attending!  Show tickets, as well as Lecture and Workshop registration must be purchased ahead of time, either by sending a check in the mail, or by paying online via Paypal.

The following day, on Saturday June 12 Jeff will present his “Secret Session” 4 Hour Master Class Workshop at 2:00pm.  Workshop registration is $125 per person.  All event details and pre-payment options for the Show, Lecture, and Workshop are available at www.GaMagicClub.com

If you have any questions, please email Debbie@DebbieLeifer.com.  This is going to be a very exciting, fun, and inspiring McBride Experience!   If you are anywhere near Atlanta, GA please consider joining us!

Incredible Magic at the Elks 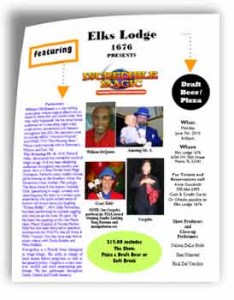 This weeks performers are;

The Amazing Mr. A
Crazy Eddie
Cargoba
And filling in for William McQueen, is Billy Byron, the Wizard of Ah’s

NOTE: Our friend William McQueen had to cancel due to illness and we thank Billy for filling in for him. 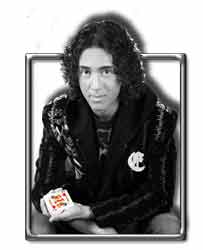 Young  Magicians  ages 7-17  who are participating  in the great ‘Weekend of  Wonder’ convention this summer  (July 23-24-25)   in Ontario, California, will have an extra treat in store on Sunday July  25, when the ‘Magic of  Sterling ‘ show appears at the Doubletree Airport hotel immediately  following the Sunday morning  events.   Young Sterling is  billed as the ‘World Teen Champion of  Magic’   . While not  part of the convention WOW attendees will get a special rates .  Check here to see how your kids and  grandkids can participate in this unique weekend of magic workshops,  shows and special events sponsored by  top  professional magicians .

McMINNVILLE, OR — Mark Siegel — aka Mark the Magician — likes best performing for small groups, gathered close around him. 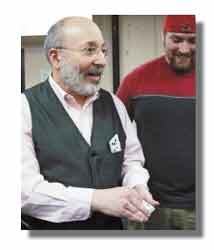 “You can’t get away with anything that way,” he said. “It’s not me against them; it’s us experiencing magic together. The magic happens, and everyone gasps.”

Siegel has been making the magic happen since he was a child. His parents gave him his first magic set when he was 7 or 8, and by 9 or 10 he was putting on shows himself.

A native of Southern California, he frequented toy shops and gift shops that carried magic tricks. By junior high, he was making magic in school talent shows and at events such as the eighth-grade father-son banquet. He used homemade equipment, such as a cloth-draped tray, in addition to cards and purchased tricks.

Wall Street Journal
In Japan, the iPad Really Can Do Magic
By Yoree Koh

So you know the iPad allows you to surf the Internet, read books and view movies on a big screen. Did you know you can also use it for dispensing cash and pouring milk?

Sadly, just as it doesn’t grow on trees, money doesn’t really spring out of an iPad either. But one Tokyoite is trying to elevate Steve Jobs’ latest sought-after – some say revolutionary – creation to magical heights via sleight of hand. 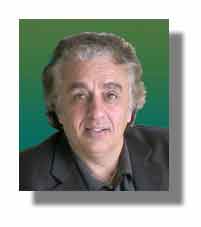 Joseph made his name as a magician and card dealer in Las Vegas in the 1970s, and he was so good that when George Burns played God in the movie “Oh, God!,” viewers saw Joseph’s hands as “God” performing card tricks. Joseph also knew cards so well that Las Vegas casinos asked him to help spot cheaters, and that’s what he’s been doing since. Joseph spent this week at the Hollywood Casino at Penn National Race Course in East Hanover Twp., teaching Pennsylvania Gaming Control Board employees and state police officers how to spot cheaters when table games open this summer.

Win a chance to see Juan Tamariz Live in Toronto

In celebration of its fourteenth year, Sorcerers Safari, Canada’s premiere Magic Camp, is giving away a free ticket to see the grand master magician, Juan Tamariz, live at his SOLD OUT show on Saturday, June 19th 8:00 PM at the Panasonic Theatre in Toronto, Ontario. 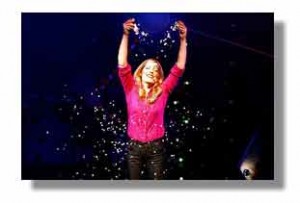 NEW YORK – Sherie Rene Scott is nominated for a Tony for Performance by a Leading Actress in the musical “Everyday Rapture.” (She is also nominated for having co-written the book with her friend Dick Scanlan.) “Everyday Rapture” semi-autobiographically chronicles Ms. Scott’s rise from Broadway Baby to sort-of-recognizable star on the Great White Way.

Also in the show, Ms. Scott describes meeting Ray Nordini on her first trip to New York when she was a teenager at the TKTS booth. The Great Nordini, as he liked to call himself, was a magician and took Ms. Scott to a strange magic shop in an office building in midtown. Ms. Scott hasn’t been back there since the early ’80s. 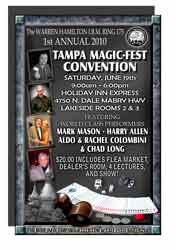 Here are the lectures and performers:

Here are the details:

Just received word from Harry Allen, it is confirmed that Jonathan Pendragon will be appearing at the Daytona Festival of Magic this year.

Visit the website for details and to register:   www.daytonamagic.com

We reiterate our open invitation to all amateur and professional magicians, in our country.