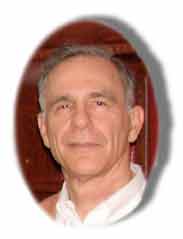 JOHN (JAY) A. RITTER, 67, of Miami, died June 6, 2010 in Miami Beach, Fl.  He was born November 18, 1942 in Cleveland, Ohio to the late Esther and late John H Ritter. Four sons survive him: Conrad Ritter of Miami, Christopher Ritter of Boston, Daniel Ritter of Miami, and Nicholas Ritter of Tampa. John married his college sweetheart Judith Colby in 1966; they were married for 40 years before divorcing. Three brothers, Thomas Ritter of Lake Forest, Il, Timothy Ritter of Milwaukee, WI and Jeffrey Ritter of DePere, WI, also survive him.

In 1965 John received a BA degree from Northwestern University, Evanston IL. He attended Case Western Reserve Law School, Cleveland Ohio, where he received a JD degree in 1968; and graduated from Yale Law School where he received an LLM degree in 1970. John was a law professor at the University of Miami Law School from 1970 to 1976. He served as the City Attorney of Miami Beach from 1980 to 1983. John was a founding partner in the law firm, Ritter, Zaretsky, and Lieber. He specialized in condominium and municipal law from 1983 until 2008, when he retired due to health issues. John was a member of the Ohio State and American Bar Associations, and the Florida Bar. John and his father, attorney John H Ritter, won a landmark rent control case for the people of Miami Beach in early 1979. He was also a successful writer, authoring the highly acclaimed You Be The Judge series over a period of more than twenty-five years. Columns appeared in the Readers Digest, Saturday Evening Post, and the St. Petersburg Times.

John was an amateur magician and was a member of the International Brotherhood of Magicians Ring 45 in Miami.

John and his family were members at MBCC for many years, where he served the church as a director. Rev. Garth Thompson will conduct the service. Internment will be private. In lieu of flowers, charitable donations may be made in John’s name to Big Brothers Big Sisters of Greater Miami, 701 SW 27th Ave Suite 800, Miami, Florida 33135, or to the charity of your choice. For additional information please contact the church at: 305-538-4511.